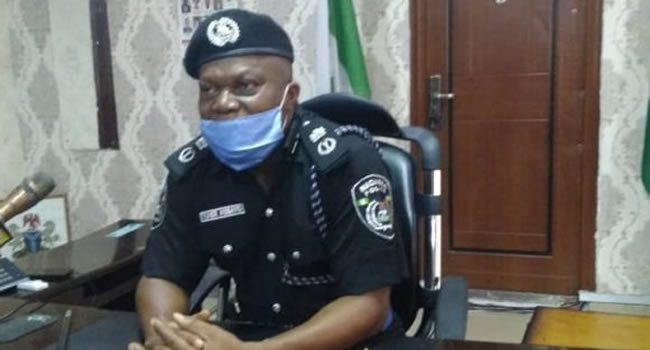 The Police Command in Ekiti has launched an investigation into an alleged attack by five police personnel on the principal and teachers of Mary Immaculate Girls’ Grammar School in Ado-Ekiti.

A police officer, Sgt. Agenoise Elijah, allegedly stormed the school with his colleagues on Friday to protest the audacity of the authorities for reprimanding and disciplining his daughter for wearing a different hairstyle from the prescribed one.

The police personnel allegedly harassed the principal, tore the dress of a female tutor, and seized the mobile phone of another.

The incident reportedly caused confusion in the school as both teachers and students took to their heels.

Confirming the incident on Saturday, ASP Sunday Abutu, the Command’s Public Relations Officer, said “the command is not unaware of the reported case of indiscipline at Mary Immaculate Girls’ School, Ado-Ekiti.

“They were said to have harassed the teachers simply because his daughter, who is one of the students, was questioned about the style of her hair-cut which was not in line with the school directive.

“The command wishes to confirm that the Police sergeant and his colleagues, who went to the School to cause chaos, have been identified and discreet investigation has commenced as ordered by the Commissioner of Police, and the officers shall not be spared if found guilty.>

“The command is also working tenaciously with the state Ministry of Education to ensure that no stone is left unturned concerning the case.

”The CP in the state is appealing to those who were victims of the officers’ misbehavior to be calm and patient as we shall ensure that the investigation process is not compromised,” the police spokesman said.