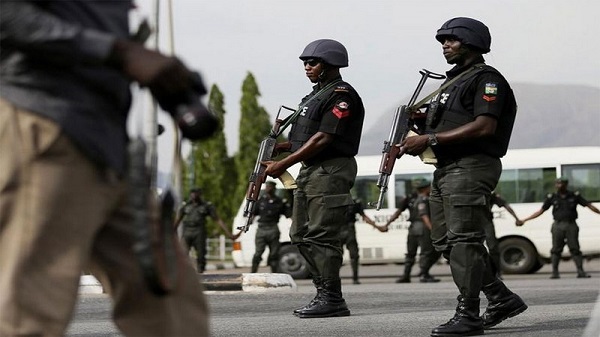 The FCT police Command has set up a team to investigate the allegations of rape levelled against some of its personnel.

Some of the 27 women who were arrested for prostitution by an FCT task force during raids on nightclubs, alleged that they assaulted and raped by law enforcement officers.

The team that went on the raid comprises the Department of Development Control, Abuja Environment Protection Board (AEPB) and the Social Development Secretariat.

Following the allegation, the Command’s Deputy Spokesman, ASP Gajere Tanimu in a statement in Abuja on Friday, said the Command has sent out invitation to some individuals that may assist in the investigation.

Tanimu assured members of the public of the Command’s zero tolerance for misconduct, stating that stiff punishment will be meted out to officers found guilty.

The statement reads: “The Attention of FCT Police Command has been drawn to serious allegations of rape against some of its members on social, print and electronic media.

“This was said to have occurred on 27th April, 2019 when some suspected commercial sex workers were raided by the FCTA Joint Task Team comprising of the Department of Development Control, Abuja Environment Protection Board (AEPB), and the Social Development Secretariat at Caramelo night club, Utako, and also while they were kept at Utako Division.

“The Command as a responsible corporate citizen, views the allegations seriously.

“Consequently, a high powered team was constituted to investigate the veracity of the allegation.

“In this regard invitations were sent out to relevant individuals that may assist in getting to the root of the matter.

“The Command wishes to assure members of the public of its zero tolerance for unprofessional disregard to human rights and stiff punishments will be meted out to erring officers.”

One of the ladies who spoke to reporters under anonymity said: “Three of us were brought out of the van and raped by the policemen because we had no money to give them. We were raped behind the National War College, Abuja.

“They pushed me to the ground and held me there while one of them raped me. He didn’t wear a condom. The other girls were also raped by two others, one of who used a pure water sachet as condom,” she said.

Another said: “They were telling us that we should be pleading that we’re guilty. That if we don’t plead that we’re guilty, they’d take us directly to prison. That nobody would be able to save us or bail us out.”