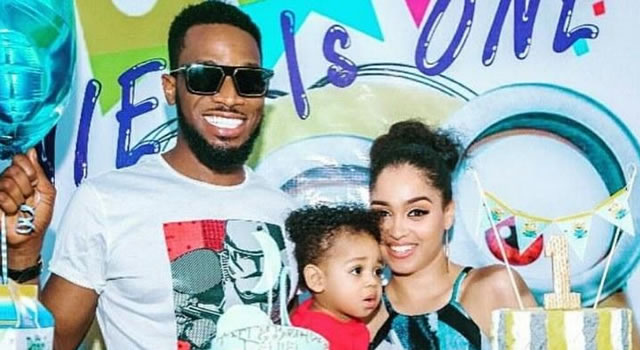 Former Mo’Hits co-founder and Afrobeat star Dapo Oyebanjo popularly known as D’banj has been ordered by the Lagos State Police Command to formally lodge a report concerning the circumstances surrounding the death of his one-year-old son Daniel Oyebanjo.

The directive was issued by Mr Edgal Imohimi, the Lagos State Commissioner of Police, who commiserated with the grieving family, through the command’s spokesperson, CSP Chike Oti.

The statement released by Oti reads thus; ‘‘The Commissioner of Police, Lagos State, CP Edgal Imohimi, on behalf of officers and men of Lagos State Police Command, wishes to commiserate with the family of Mr and Mrs Oladapo Daniel Oyebanjo a.k.a D’BANJ over the death of their one year old son, Daniel(Jnr) Oyebanjo whose sad event took place yesterday 24/06/2018, at the Ikoyi-Lagos residence of the family.

‘‘The CP wants the family to know that at this period of their grief, the entire Command shares in their pain.

‘‘Although a delegation from the Command, led by the Divisional Police Officer, Ikoyi Division, CSP Mustapha N’Abba, who were at the Ikoyi home of the Oyebanjos on condolence visit did not meet anyone at home, it is expected that when the mourning period is over, the family should formerly report the circumstances that led to the unfortunate death of little Daniel to the police. May his soul rest in peace… Amen.

The toddler reportedly drowned at an unguarded pool in the singer’s residence in Ikoyi, Lagos, and the corpse of the said child has been reportedly moved to the morgue.