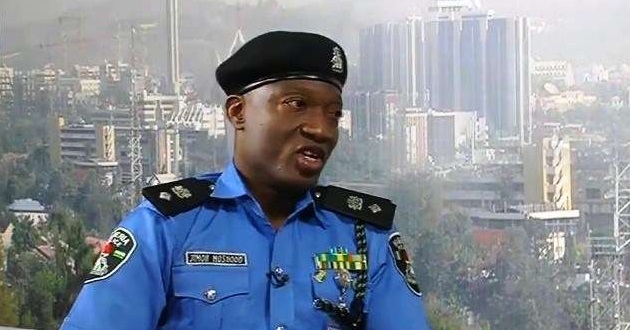 Efforts by the Nigeria Police Force to recover hidden funds of the Nigeria National Petroleum Corporation (NNPC) has paid off handsomely, as the force said it has recovered $470 million belonging to NNPC Brass/LNG hidden in some commercial banks.

This was disclosed by the spokesman of the force, Moshood Jimoh on Thursday in Abuja.

Jimoh also said the police recovered a number of firearms following the directive of the Federal Government for the surrender of prohibited firearms.

Breaking down the recovered funds, the police, Jimoh said recovered N8 billion belonging to NNPC BRASS/LNG investment, which was not remitted to TSA Account of the Federal Government, as well as N114,290,000 in relation to the December 10, 2016 national and state assembly re-run elections in Rivers State. This was recovered from 23 Independent National Electoral Commission, INEC, officials.

The statement reads: “The Inspector General of Police, IGP Ibrahim K. Idris NPM, mni, on 21st February, 2018 directed the Commissioners of Police of all the State Commands of the Federation and the Federal Capital Territory (FCT), Abuja and their Supervisory Assistant Inspectors General of Police of the Twelve Zonal Commands in the Country, and the Force Headquarters Joint Task Enforcement Team to immediately commence simultaneously throughout the Country, the mopping-up, recovery of prohibited firearms, ammunition and weapons in the possession of all suspected Militias, Bandits, Armed Herdsmen and Farmers, Vigilante groups, Neighbourhood watch and other groups or Individual(s) or Bodies bearing prohibited firearms and ammunition, illegal weapons and lethal devices whether locally fabricated, modified or otherwise fashioned to kill or that can cause harm or injury to persons or that can cause panic, fear, apprehension, security breach, breach of Public peace or that can cause threat to law and order anywhere in the Country.

“Consequently, ultimatums of Twenty One (21) days at intervals were given by the Force for voluntary return of all prohibited firearms in the hands of members of the General Public, individuals and groups such as Vigilantes and neighbourhood watch groups in any of the Thirty Six (36) States and the Federal Capital Territory (FCT) including the Seven Hundred and Seventy Four (774) Local Government Areas of the Federation, Town Unions, Hunters and Watch night men or any group or association under any capacity or guise, other than Security Agencies recognized statutorily and gazetted by the Federal Government of Nigeria to bear firearms of specified category; after the expiration of the grace period and ultimatums, the Commissioners of Police of State Commands, FCT and their Supervisory Assistant Inspectors General of Police and the Force Headquarters Joint Task Enforcement Team in compliance with IGP’s directives and working on actionable intelligence, swung into actions and embarked on Mop-up, Seizure and Recovery of all illegal and prohibited firearms and ammunition from wrong hands, suspected Militias, Militants, Criminal/Unlawful Gangs through search, raid and seizure from identified premises, hideouts, dwelling houses, buildings and sites where these illegal/prohibited firearms were kept based on reasonable suspicion and intelligence and recovered the following prohibited/illegal firearms and ammunition:

“Below are the categories of the prohibited/illegal firearms and ammunition, specified under Chapter F.28 LFN 2004 Fire Arms Act:

Artillery
Apparatus for the discharge of any explosives of gas diffusing projectile.
Rocket weapons
Bombs and Grenades
Machine-Guns and Machine-Pistols
Military rifles, namely; those of calibers 7.62mm, 9mm, .300 inches
Revolvers and Pistols whether rifled or unrifled (including flint-lock pistols and cap pistols).
Firearms such as Pump action gun of all categories
Any other firearms/lethal weapons fabricated to kill

“This operation which is still ongoing among other purposes, is aimed at the full enforcement of the Firearms Act, mopping-up and recovery of all prohibited firearms and illegally acquired weapons and will enable the Nigeria Police Force deal decisively with Herders/Farmers Clashes, Kidnappings, Armed Robbery, Cattle Rustling, Militancy and Terrorism etc.

“As a result of these efforts, the Nigeria Police Force recovered the following monetary and non-monetary assets for the Federal Government.

i. The sum of Four Hundred and Seventy Million, Five Hundred and Nineteen Thousand, Eight Hundred and Eighty-Nine US Dollars and Ten Cent ($470,519,889.10) belonging to NNPC BRASS/LNG INVESTMENT hidden in some commercial banks after the directives of the Federal Government on TSA.

iii. The Sum of One Hundred and Fourteen Million, Two Hundred And Ninety Thousand Naira, (NGN 114,290,000.00) in relation to the December 10th, 2016, National And State Assembly Re-Run Elections in Rivers State Of Nigeria was recovered from twenty-three (23) INEC Electoral officials.

The total recoveries of Monetary and Non-Monetary Assets of the Federal Government by the Nigeria Police Force are:

“While the Firearms Mop-up Operations and the recovery of monetary/non-monetary assets of Government are still ongoing, the Nigeria Police Force therefore implores Members of the Public with useful information that will assist the Police to report via the following contacts:

“The commitment of the Nigeria Police Force to guarantee protection of Lives and Property and recovery of Government assets in the hands of unpatriotic individual(s), group(s) or corporate bodies across the country remains unequivocal and unwavering.”

CERTIFICATE FORGERY: Another Buhari’s appointee denies being pressured to resign