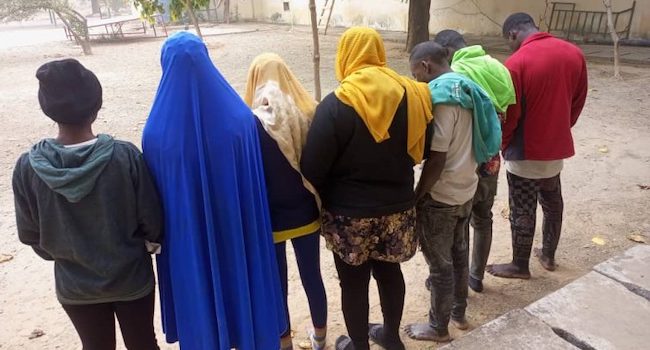 The Katsina State Police Command revealed that it has rescued seven victims of human trafficking in Yankara village in Mai’adua Local Government Area of the State.

The Command’s spokesman, Gambo Isah, who made the revelation in a statement on Friday, said the victims were rescued following a raid on a hideout in the village.

The statement read: “In the course of investigation, victims stated that they were brought to the village by their agent, who, on sighting the police team, took to his heels and escaped with their GSM phones.

“They further stated that they are on their route from Nigeria to Libya through the Niger Republic border.

“Investigation is ongoing. They will be handed over to the NAPTIP office, Kano, for further investigation and arrest of the traffickers.”