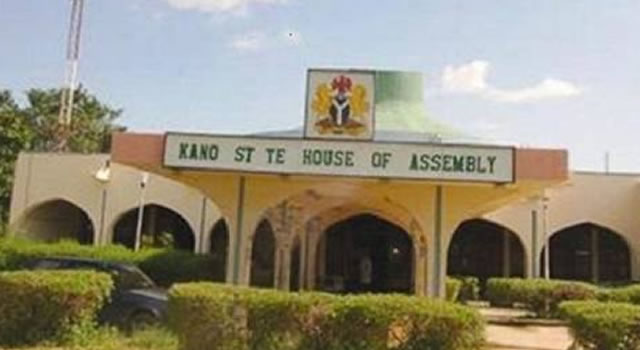 The Kano State House of Assembly has been shut down, as a result of the lawmakers’ reported move to impeach the speaker.

Ripples Nigeria gathered that prior to the event, that the speaker, Yussuf Abdullahi Ataa had ordered for suspension of all activities in the house until after Eid-El Kabir festivity.

One of the lawmakers who spoke under condition of anonymity, said, “We have already impeached the principal officers by having 21 lawmakers sign for their impeachment and we need only six members to make the requirement of 2/3 to impeach the speaker.”

Asked on why the lawmakers resolved to impeach the leaders of the house, the source said, “The reasons are many but the major one is incompetency. The speaker has completely localised the house.

“We cannot sit until after 2pm and even at that things are not moving as expected. We cannot just continue like that because we are representing our constituents”.

The sealing of the Assembly complex, was confirmed by the state Police Public Relations Officer, SP Magaji Musa Majia, who explained that police was deployed to the place to forestall breakdown of law and order.

Majia, saying that Kano State needs peace, adding that the police will never allow anybody to temper with existing peace and harmony the people of the state currently enjoy.

Reacting to the news of his intended impeach emeni, the speaker Ata said that as a Muslim who believes in destiny good or bad, he will accept his impeachment in good faith

Ata said, “In anything there is starting and ending point. If Allah has designed it that my time is off, nobody will extend it by a second, and if it is not time, nobody can remove me from office. That’s my belief.

“My happiness is that I did not steal anybody’s money. So, if today, they remove me from office, I will leave but nobody will accuse me of stealing. I have a constituency that I am representing and I cannot serve my constituency and at the time work for other members’ constituencies”.

EKITI 2018: I’m confident of victory because of your ‘track record’, Buhari tells Fayemi