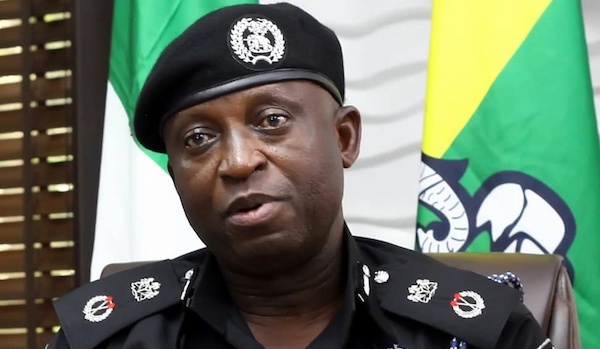 The Lagos State Commissioner of Police, Hakeem Odumosu, has ordered the Force to take the ongoing fight against crime to the hideouts of criminals in the state.

The spokesman for the state police command, Adekunle Ajisebutu, who disclosed this in a statement on Thursday, said the CP’s order was to ensure a crime-free festive period in the state.

The statement read: “Concerned about security and safety of law-abiding citizens in Lagos State, Commissioner of Police, Hakeem Odumosu, has directed all Area Commanders, DPOs and other field commanders to take the ongoing fight against crime to the hideouts of criminals in the state.

“The Commissioner of Police gave the fresh directive during his routine briefing with Area Commanders, DPOs, and HODs held at the Police Officers’ Mess, GRA, Ikeja, on December 20, 2021.

“The CP disclosed that the directive became imperative so as to clip the wings of criminal elements in the state, and reassure the public of adequate security before, during, and after this festive season.

“As part of strategies to win the war against criminals, the CP has also directed that special massive and intelligence-driven raid of identified, targeted criminal hideouts and other black spots in the state. This is to ensure that all residents and those visiting the state enjoy relative peace.

“This important duty, we assure the public, will be performed professionally without infringing on the fundamental human rights of law-abiding citizens.

“Considering the invaluable place of intelligence in crime control and management, the Commissioner of Police once again enjoins the public to cooperate with the police by giving prompt and credible information that could help in the current onslaught against criminal elements in Lagos State.”