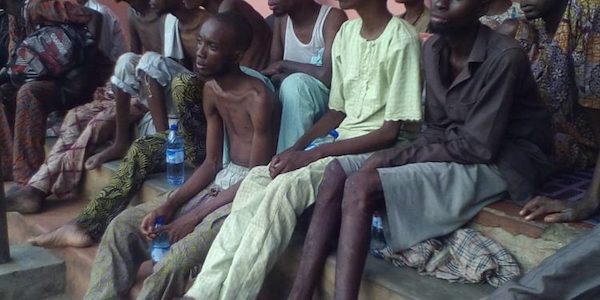 The Oyo State Police Command on Monday uncovered an illegal rehabilitation centre at Olore Central Mosque in Ojo area of Ibadan and rescued over 200 inmates.

This is the second of such centre discovered in the South West in the last 72 hours after police discovered a similar detention camp used as praying centre in Lagos.

The prophet superintending the camp later told the police that inmates of the camp are “psychiatric patients.”

Addressing journalists on Monday in Ibadan, the state Commissioner of Police, Mr. Shina Olukolu, said the illegal centre was discovered following a tip-off by an informant.

Olukolu said that young men and women were found who had been subjected to inhuman treatment were found at the center.

He said that five persons suspected to be connected with the Islamic centre were arrested, adding that the police would secure the facility and conduct further investigations.

The commissioner of police said those involved would be prosecuted to serve as a deterrent to others.

Meanwhile, the Oyo State Commissioner for Women Affairs, Alhaja Faosat Sanni, said the state government would relocate the victims to a safer place and those with health challenges would be taken to the hospital.