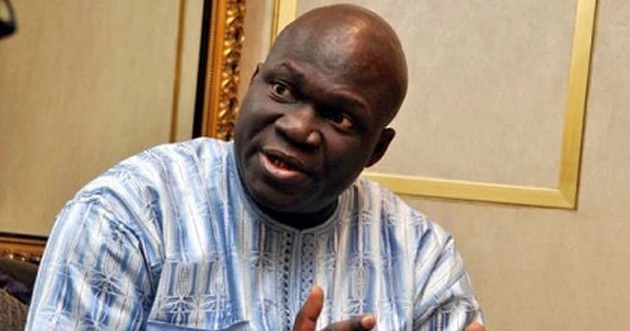 While Nigerians are busy with the management of COVID-19 and its many fall-outs, fire has been burning in other aspects of national life which require equal attention both now and after COVID-19 – the increasing spate of insecurity in the country is one, the crisis in the country’s electricity sector is another, but COVID-19 is such an all-consuming pre-occupation that other issues have been pushed to the back-burner. More people have died in Nigeria from attacks on communities by terrorists nicely referred to as bandits since January raising a question about the country’s capacity to win the war against terror and insecurity, and there have been crises on other fronts that we would still need to deal with, which may have far-reaching implications for national economic sustainability. The politics of the electricity sector is one of such issues.

Long before COVID-19, for example, there have been problems with Nigeria’s privatization of the power sector and the performance of the entire value chain from generation to transmission and distribution. The problem perhaps can be traced back to 2013 when the Federal Government of Nigeria decided to complete the privatization of the electricity sector. The then PHCN was unbundled into three parts: Generating Companies (Gencos), the Transmission Company of Nigeria, and Distribution Companies (Discos). The ancient Power Holding Company of Nigeria (PHCN), even after its commercialization did not meet the objective of achieving efficiency and effectiveness in delivering power to accelerate Nigeria’s economic development process. The underlying philosophy as I understand it, is that partnership with the private sector will address that omission and re-position Nigeria’s electricity value-chain. The Nigerian Government sold a 60% stake in the distribution end of the value chain, and retained ownership of 40% therein, but it kept 100% control over the transmission of electricity. The Gencos had different controlling share ratios. Manitoba of Canada was engaged to manage the Transmission Company of Nigeria. Private investors took over the management of the Gencos and Discos.

The reform of the electricity sector is one of the major last acts of the Goodluck Jonathan administration. Many institutions of state were involved in the process, notably the Bureau of Public Enterprises (BPE), the National Electricity Regulatory Commission, that is the regulator, and the Bulk Electricity Company, the middle broker known as the Bulk Trader. Privatization is not an automated transaction. It is a process, with its own twists and turns and indeed, there were in-built mechanisms in the power sector reform process and the Electricity Power Sector Reform Act (EPSRA) Act to ensure reviews, standards and the fine-tuning of the process. But the entire process had hardly assumed a definite form, the private investors had not yet settled down, when Nigeria faced one of its most momentous transitions in contemporary history. The Jonathan administration left in May 2015. It was replaced by a new administration led by President Muhammadu Buhari. This lent a new tone to everything else: the new administration had a choice to continue with the programmes of its predecessor or to adopt some of them and review/reject/cancel others. This was exactly what happened. And it happened that the power sector reform process was one of those areas that the new Federal Government felt a review was necessary.

This is understandable perhaps. Successive Nigerian administrations since the return to civilian rule in 1999, have without exception acknowledged the fact that an efficient power sector would help to accelerate Nigeria’s development process, and even the quality of livelihood. In an economy dominated mostly by the informal sector and Small and Medium Scale Enterprises (SMEs), an efficient power supply system should facilitate productivity and release the people’s energies for maximum beneficial outputs, with corresponding implication for output growth. The bigger questions, however, have been: how to keep politics out of it?, How to get it right? And how best to act in the national interest and not narrow, partisan interests? Those were the questions at issue when the Umaru Yar’Adua administration succeeded Obasanjo’s administration in 2007 and billions worth of imported equipment were allowed to rot away at the ports. The same questions emerged as soon as the Buhari administration assumed office.

Without missing a beat, the Buhari administration took a fine toothcomb to the privatization of the electricity sector and began to engage the private investors in the power generating and distribution ends of the value chain. In the course of the 2014/2015 Presidential campaigns, key spokespersons of the opposition All Progressives Congress had accused the Jonathan administration of fumbling with the power sector. They even argued that the efficient delivery of electricity to the people is not rocket science. Thus, upon assumption of power a point needed to be proved, but in attacking former players in the corridor, the new administration overlooked a number of issues and soon ran into fresh, troubled waters. In order to save face, it has spent the best part of the past five years looking for scapegoats and trading blames. The matter has now reached a point that the DISCOs have now gone to court to seek a restraining order against a planned forensic audit by the Federal Government. I have written twice on this subject in recent times. The first time I did so in this column, I was accused of cruelty by the Discos simply because I argued that an upward review of electricity tariffs would be insensitive to the plight of Nigerian consumers of electricity. My follow-up comment on the subject drew sharp reactions from official quarters and all I did was to state that the private investors have something useful to say that should be addressed. In this commentary, I simply wish to draw attention to some often overlooked cross-current issues, and ask that common sense should prevail. Litigation could serve the purpose of taking the egos of the various players on a Disney-mode trip, but it can only make things worse in the long run. The main victims would be the ordinary people of Nigeria. Only a week ago, 10 of Nigeria’s generating plants all became idle at the same time: Geregu II, Omotosho II, Ibom plants, Sapele II, Alaoji, Olorunsogo II, Ihovbor, Gbarain, AES and ASCO. The effect was that power generation fell to 2, 626 MW – a complete embarrassment in a country of 200 million that should never at any time generate anything below 40, 000 MW. Even at the best of times, the entire country’s installed generating capacity is about 12, 910 MW, but the peak that has been generated in the last five years is about 5, 375 MW. TCN lacks the capacity to evacuate and deliver the same amount of energy to the Discos. The national grid has degenerated. It is perpetually down. Transmission infrastructure is extremely poor. What are the issues?

The Federal Government budget for power is usually through the Niger Delta Power Holding Company (NDPHC), TCN and the Rural Electrification Agency. The Federal Government through the Central Bank has also made provisions to enable the Gencos pay the gas supplier and meet other statutory obligations. But the industry often complains about government, and how regulation has resulted in a shortfall. On its part, government accuses Discos in return, of being congenital debtors whose failure to make due remittances to the Bulk Trader has derailed the electricity sector. The deficit in that sector today is over N2 trillion. Government blames the private investors, they in turn blame government. The investors’ argument is that the authorities have refused to allow cost-reflective tariffs, which is provided for in the Multi-Year Tariff Order (MYTO) in the enabling Act. They point out that government has stubbornly, contrary to the Act, pegged tariffs. Who will pay for the difference?

Now, it should be noted that the expectation of the Nigerian Government is that the privatization of the power sector will work out like the privatization of the telecommunication sector, but the electricity investors argue that this is like comparing apples and oranges. “In the electricity sector, the value chain is not 2 plus 2 = 4”, they say. In other words, it is not the same as telephone. Nobody can distribute electricity without bringing wire and electric poles to your doorstep. Telcos use a different kind of technology. My view: this may not be a very useful comparison except we want to open up an unproductive argument between Discos and Telcos who certainly have many tales of woe of their own to tell.

The non-availability of gas has also been a major issue in the electricity sector chain. Thermal plants do not get enough gas due to one excuse or the other. The Discos are not responsible for the supply of gas. The Nigeria Gas Company (NGC) which is fully owned by the NNPC is responsible for that. But the NGC is not part of the privatization process. It is bogged down by bureaucracy and the inefficiency of the NNPC. Why is the NGC not privatized? Meanwhile, government is still talking about building a gas pipeline to Ajaokuta, Abuja, Kaduna and Kano? How will that impact on electricity transmission? Why the gas pipeline? Where are the foreseeable gains? Hydro power generation is cheaper but the Mambilla Hydro project has remained a perpetual work in progress while much energy is devoted to the pursuit of shadows.

The crisis in the electricity sector has been considered and re-examined at all levels, not just by the NERC, the regulator, but also by the National Economic Council (NEC), and of late, there have been some developments. The first is the emerging prominence of Siemens of Germany in the conversation. Siemens is not new but its records in Nigeria are mixed. It has a track-record of achievement in the electricity sector particularly its intervention in Egypt where it helped to add value. The plan is that by 2021, Siemens would have helped to ramp up Nigeria’s electricity service delivery. A key point however: foreign contractors should not be promoted as a threat to local investors in the electricity sector. Is it possible to restrict Siemens to the transmission sector and the reinvention of infrastructure? The MoU that has been signed with Siemens is presented to local players as a take-it-or-leave-it proposition. That is unwise.

The Federal Government through the National Economic Council and the Presidency as it were has now ordered a forensic audit of the power companies who seem to be uncomfortable with that. I guess they do not trust government and can you blame them? But why the emphasis on forensic audit? Ordinarily, this should not be a matter for litigation. The Federal Government also wants state governments to be part of the shareholding in the power sector. I have no problems with that. Government already has equity. It can share that as it wishes, but nothing more than that.

What the Federal Government must watch closely and be careful about is the repeated threat that it intends to either review the privatization of the electricity sector or cancel it altogether, whatever that double-talk means. The Senate President Ahmad Lawan seems to support the latter option, whereas he was a member of the Senate Committee on Privatization, 2011- 2015. What could be his motive? Government options should not be about individual interests. There are larger implications about investor confidence, cost of likely litigation, the sanctity of contracts, service delivery and governance. The current situation is un-bankable on all fronts. I recommend dialogue, not the looming showdown. Nigerians want regular electricity supply, affordable tariffs and a country that works. Is it possible to focus on that?