Polytechnic workers threaten to go on strike over IPPIS, scheme of service, others | Ripples Nigeria 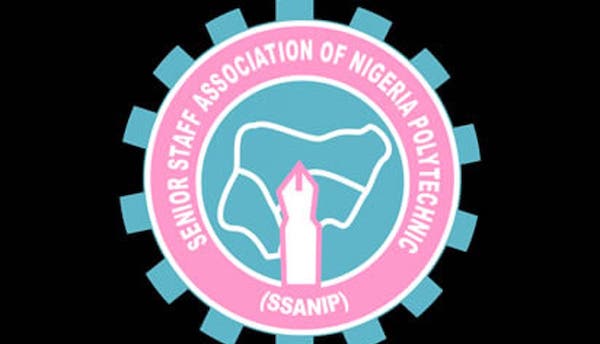 The Senior Staff of Nigerian Polytechnics (SSANIP) on Tuesday gave the Federal Government a 21-day ultimatum to address the lingering problems associated with the Integrated Personnel and Payroll Information System (IPPIS) and scheme of service in the institutions or face an indefinite industrial action.

In a communiqué issued at the end of its emergency meeting in Abuja and read by the union’s president, Phillip Ogunsipe, the workers expressed displeasure at the way the National Board for Technical Education (NBTE) had handled the scheme of service at the polytechnics.

They accused the Board of reviewing the document (scheme of service) “without due consultation with relevant stakeholders.”

The SSANIP’s threat came just 24 hours after the Senior Staff of Association of Nigeria Universities and Non-Academic Staff Union commenced a 14-day warning strike over IPPIS and the federal government’s delay in entering into re-negotiation with the unions on the 2009 agreement between the parties.

According to the communiqué, the workers’ grievances include the non-release of the new minimum wage arrears, inconsistencies in the release of third-party deductions, non-payment of COVID-19 hazard allowance for health workers, high draconian tax regime on consolidated salary and delay in promotion arrears, among others.

It read: “Against this backdrop, the council wishes to call on the relevant agencies of government to expedite actions toward resolving these highlighted challenges.

“Equally, the council wishes to frankly state that failure of the federal government to address these highlighted challenges within 21 days from the date of this communique would leave the union with no other option than to review its stance on IPPIS.”

“On the strength of this, (handling of scheme of service) the council resolved that any attempt to foist a scheme of service document on SSANIP without our input is unacceptable and therefore, would be an invitation to an atmosphere of disharmony.

“The council wishes to specifically and frankly state that the failure of NBTE to address this issue within 21 days from the date of this communiqué would leave the union with no other option than to declare industrial dispute.”

Court sentences prophet, five others to life imprisonment over missing child in Ondo