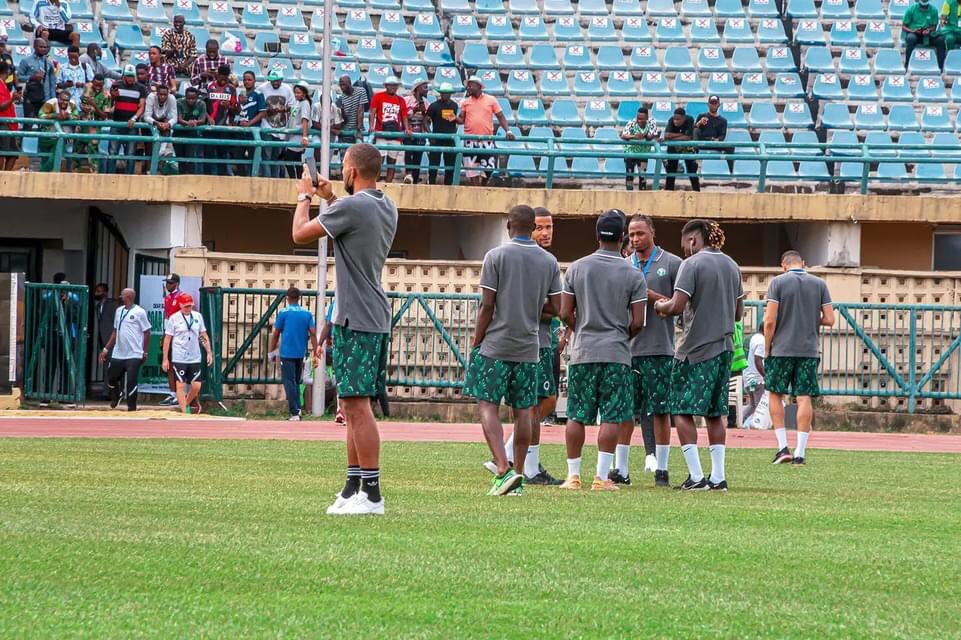 The Super Eagles of Nigeria have been beaten 1-0 by the Beasts of Central African Republic in a 2022 FIFA World Cup qualifier.

The game played at the Teslim Balogun Stadium in Lagos on Thursday saw Gernot Rohr’s squad, of mostly Europe-based players, struggle to impress.

After 90 minutes of struggling, the hosts were stunned by a late goal, as the visiting team snatched all three points from the encounter.

A Karl Namnganda’s 91st minute goal was all it took to humble the Super Eagles, who had beaten Liberia 2-0 and Cape Verde 2-1 in their previous World Cup qualifying matches.

CAR and Nigeria are billed to face each other again on Sunday in the reverse fixture of the tie and matchday four clash.

Prior to Thursday’s victory, the Wild Beasts had not won an international game in the last 12 months, putting them at number 124 in the FIFA world ranking.

Despite the defeat, the Super Eagles are still top of Group C with six points from their previous two wins.

In the other game of the group played also on Thursday, Cape Verde clinched an away victory over Liberia, as a late strike handed them a 2-1 win.

Garry Rodriguez netted in the 92nd minute after Van-Dave Harmon had given Liberia the lead late in the first half and Jamiro Monteiro drawing level on 52 minutes for Cape Verde.

The game was played inside the Ohene Djan Stadium in Accra, Ghana.