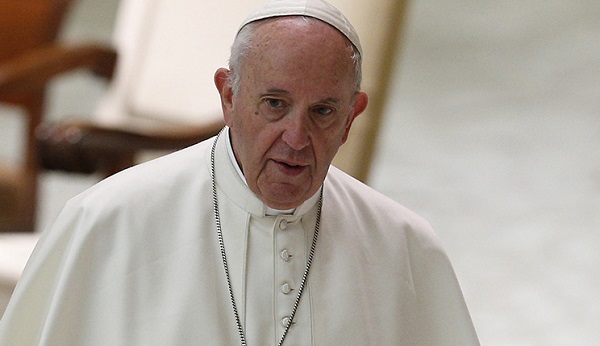 Head of the Roman Catholic Church, Pope Francis on Saturday lambasted Russian President, Vladimir Putin, for starting what he said was a “savage and unnecessary war” that has claimed many lives and left millions of refugees in Ukraine.

Pope Francis who was in Malta for an official function, delivered what the Vatican described as “his most pointed and personalized denunciation yet of Russia’s invasion of Ukraine.”

“Pope Francis didn’t cite Russian President Vladimir Putin by name, but the reference was clear when he said that some potentate had unleashed the threat of nuclear war on the world in an infantile and destructive aggression under the guise of anachronist claims of nationalistic interests,” a Vatican statement said.

“We had thought that invasions of other countries, savage street fighting and atomic threats were grim memories of a distant past,” Francis told Maltese officials and diplomats on the Mediterranean island nation.

“Once again, some potentate, sadly caught up in anachronistic claims of nationalist interest, is provoking and fomenting conflicts, whereas ordinary people sense the need to build a future that will either be shared or not be at all,” he added.

The Pope has deliberately stayed away from referring to Russia or Putin by name but Saturday’s personalization of the powerful figure responsible marked a new level of outrage for the Pope, a top US security official said referring to the Pope’s speech.

Related Topics:pope francis
Up Next