Power and influence in a new Nigeria | Ripples Nigeria 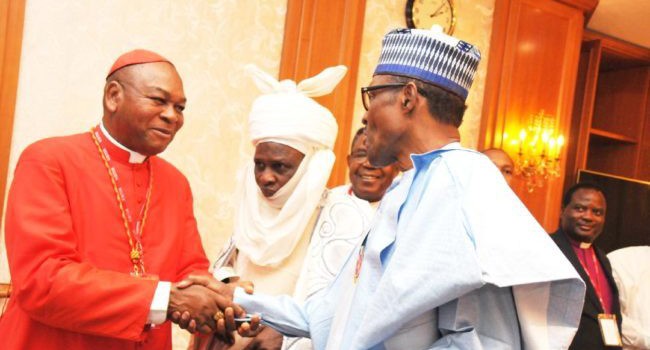 As we match towards the inauguration day, I begin to think very succinctly about the role of power or should I say the interplay of power and influence as we seek national fulfilment. These terms have been lying in my mind and at radio Interview yesterday it became very clear that we had to better look at this issue if we are going to achieve national cohesion.

Power for the sake of this write-up is that backed by traditional authority and strengthened by the near monopoly of authority and force. This is the power that office holders have and wield. While influence is the moral force that is driven by sheer charisma and a total believe in sheer strength of conviction. This is the one that is corralled and deployed by religious leaders, charismatic individuals and the ones we now call social influencers.

My thinking is that we have over relied on those who have the traditional power to make things happen and this has been because of the use or threat of force, the total control of state resources and the legitimacy that the constitution convers on their authority. As a result of this there is a near hypnotic believe amongst the populace that deliverance, both in material terms and in the delivery of a sense of fulfillment, should be totally dependent on them.

That this has failed tremendously is very obvious to see. Don’t let me bore you with the myriad of socio economic malaise that we face today as a nation.

It is in this regard that, in my estimation, I want to believe that we should begin to gradually shift our hope towards those who have influence. These ones carry the heart and minds of the people without authority. They emotionally and passionately drive thought processes galvanizing them towards any particular purpose. See the huge basilicas that dot the landscape in the name of churches.

These monstrosities are built by charismatic individuals who rely solely on their personal integrity and strength of character to build ‘litte governments’ who now attempt to provide the amenities that structured power have failed to do. Schools, infrastructure, health amongst others. They have succeeded, to a large extent, daily corralling large swaths of the population into conclaves of servitude in return for little hope and access to these amenities that their tithes have provided.

So, it is the same structure that traditional power uses. The same taxation system but in this case tithes are levied to provide these amenities.

Other types of influencers are the social and political ones who play mostly on the soft side of the system. Working with NGOs, they tackle issues.

That UTME celebrity and the debate on UNILAG’s admission policy