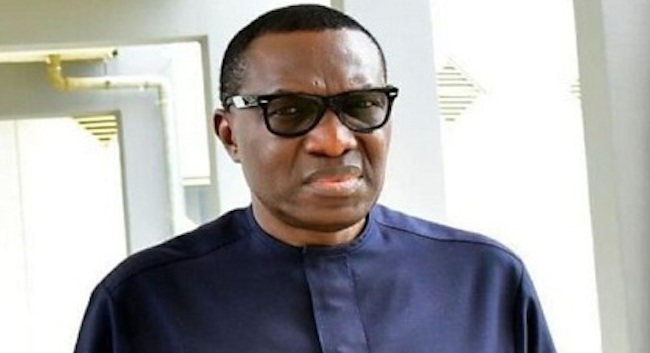 The APC candidate had a few days ago hinted that he would challenge the outcome of the election in court after claiming that the exercise was marred by widespread irregularities.

The Independent National Electoral Commission (INEC) had on November 9 declared the APGA candidate, Prof. Charles Soludo, as the winner of the election after he polled 112, 229 votes to defeat Uba and 16 other candidates in the exercise.

In a statement issued on Wednesday in Awka by the director of media and publicity of his campaign organisation, Afam Ogene, the APC candidate said some members of the APGA had conjured all manner of falsehood to destroy his reputation rather than preparing for the judicial battle ahead.

The statement read: “We wondered why several days after the polls, Uba’s opponents, especially members of the All Progressives Grand Alliance, APGA, still find it fashionable to conjure all manner of falsehood in his name.

“The elections have come and gone and we are in the process of interrogating the sanctity of its outcome. But instead of gearing up for the expected judicial battle ahead, APGA as a party and its leaders are busy trolling my person, in the mistaken belief that their underhand tactics would make me back out of my chosen course of action.

“I have only decided to take a civilised course of action, which is a recourse to the judiciary in the face of daunting illegalities that trailed the conduct of the elections. How this is so discomfiting to some, leading to the sponsorship of several false stories about my person, beats the imagination of all reasonable members of society,” the statement read.

“Although we are quite aware that several of such devious propaganda materials have been made ready for dissemination, we urge discerning members of the public to disregard same whenever they summon the courage to push them out – believing, as we do, that in the final analysis, justice shall be last served.”