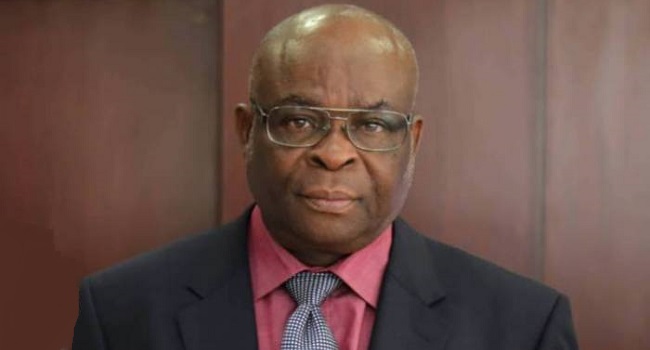 President Buhari is in hot water over the suspension of the Chief Justice of Nigeria and rightly so. There is a clear demarcation of power here between these two branches of Government. What is also true is that the Chief Justice has broken the sanctity of trust placed in him, not only as the Chief Justice but by the people of Nigeria. No reasonable polity would have him continue in this position with these undisputed allegations.

While nobody is guilty until so proven in the court of law, judges must adhere to higher standard. This could have been handled by the judicial branch of Government without interference from the President, since the Chief Justice refused to step down temporarily. Senate cannot appoint the acting Chief Justice, Buhari would have to initiate and still have to designate the acting Chief Justice anyway. Confirmation process is for the Senate.

We are now left conflating, debating and fighting to distinguish between form and substance. Whatever the case, corruption in the highest places and how to deal with it by due process do frustrate the common man that hardly get the same opportunity for minor infractions.

These steps were certainly mishandled by the Presidency rushing in haste like a dictator. We live in a country where ethnic, political, economic corruption and favoritisms are very strong. It is difficult enough navigating each of these and imprudent to lump all together in the face of the coming election. One factor we can be sure about is that even if each step is handle perfectly, ethnic sentiment from “my people” always plays its role.

If the Presidency had handled the corruption and political aspects very well, ethnic jingoism could have fallen flat on cynics as hypocrisy. One would have expected a few cool heads including Vice President Osinbajo and Prof. Itse Sagay to prevail and advise Buhari’s team to follow reasonable steps. Unless they were hastily overruled by the so called cabals looking for opportunity to assert their power for the coming election.
In that case, they have played into the hands of ethnic supporters like themselves but more important, alienated reasonable people expecting the rule of law to prevail.

Regardless of the fact that the National Judicial Council that should have handled the suspension was headed by the Chief Justice. Those that are against corruption, favoritism and ethnic sympathizers have no choice but to speak out when the normal rule of law or administrative process seemed to be hastily bypassed.

Nevertheless, it is undisputed that Chief Justice Onnoghen forgot to disclose millions in properties and savings as charged in Code of Conduct Tribunal.
That he had presided over the same National Judicial Council that stipulated accused judicial officers should step down until their cases have been resolved.
That he postponed NJC meeting indefinitely in his own case and refused to appear before the Code of Conduct Tribunal until Appeal Court rules.

The Ex Parte order from the courts to remove the Chief Justice has been abused in the past resulting in the compulsory retirement of Justice Stanley Nnaji and Justice Wilson Egbo-Egbo for orders removing Chris Ngige as Governor of Anambra State.
Moreover, the Supreme Court had faulted the process Bukola Saraki as Governor of Kwara State, used in the removal of the Chief Judge of his State.

When Justice Ademola was exposed with millions of local and foreign currencies in his house well beyond his means, he could not get the support or sympathy of his Yoruba ethnic group. A rogue is a rogue no matter his ethnicity, status and station in life: nobody is above the law. The Judiciary is corrupt like all levels of the society and somebody has to bring them to their senses. You cannot shout and hide behind democracy and the rule of law when caught red-handed, when hungry common folks are lynched for stealing food in the market.

All these judges throwing cases in favor of the highest bidder cannot withstand the rigor of justice and fairness that must be preserved and upheld even in the countries where democracy is practiced. Yet, Buhari Administration has bungled up a process he could have justifiably used to buttress his fight against corruption. A message that should have been popularly received in most quarters as sincere.

If we are looking at the country our Presidential system is modelled after, we may look at how Chief Judge of Alabama Roy Moore that disobey a lower court order and Florida Judge Alcee Hasting in bribery, were removed for their infractions. But then, this is Nigeria and every case is different.

While Buhari needs the support of the “North” to remain in power, he also needs the goodwill of the South. The former President, Jonathan craved the indulgence of the North and South to win his first term election. But when he took the rest of the country for granted, he lost his second term election. There is a specific lesson here for Buhari team to lean. Nigerians are becoming more sophisticated voters.

Read also: At 76, General Buhari has not lost taste for ‘plotting’

Even in the states, Buhari’s team must not think they can repeat the same victory in this coming election because they won the last time around since they have Osinbajo and Tinubu from the West. They must be reminded; not only of Jonathan’s mistakes but of the unexpected victory of Pa Odetola as the Governor of Lagos State when AD Party thought they had Lagos State in their back pocket already.

It is not too late to rectify this self-inflicted wounds Buhari Government and Chief Justice Onnoghen created on each side. The Chief Justice must be seen above par as a citizen and as a reputable jurist. There should not have been any disagreement between reasonable minds on this particular factor. Nobody should be saved based on his ethnicity or political affiliation. This is the problem we have in Africa as a whole.

Moreover, it could have been decent or “politically correct” to spread recent appointees across the country. The acting Chief of Police was recently announced and now the acting Chief Justice. While Buhari may be solidifying his base to prevent a repeat of the palace coup against him by Babangida in 1985, many Southerners still have their suspicion that he is a religious and ethnic champion.

What most Nigerians agree on is that Buhari is conscientiously against corruption. This may give him an edge but you do not take chances, make unforced errors or create self-inflicted wounds this close to an election that is so important to your interest. The fact that his political alternative is worse may not overcome the zealousness and penchant pursuit of opponents. Buhari may have mellowed, but the team around him are still dogmatic as ever.

Bottom line, if it takes a devil to clean up Nigeria, so be it. Nigeria would bleed to death if vagabonds are allowed to use due process to delay justice each time they are caught red-handed in the cookie jar. All the excuses that if you are corrupt, you can only seek equity with clean hands is in the land of angels. KAI not in Nigeria O!