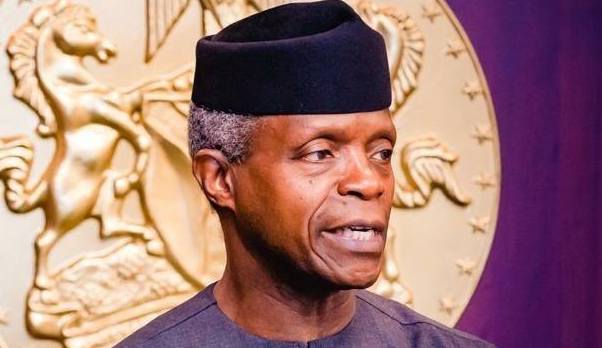 The Presidency has stated that Nigeria has saved and created over two million jobs around Micro, Small and Medium Enterprises (MSMEs), through the implementation of the Economic Sustainability Plan (ESP), which began in June 2020.

The Senior Special Assistant to the Vice President on Media and Publicity, Laolu Akande disclosed this on Thursday, while briefing journalists, after a meeting by the ESP committee in Abuja.

The ESP committee, chaired by the Vice President, Yemi Osinbajo had designed an N2.3 trillion support for the economy, as the country’s response to the economic challenges of the COVID-19 pandemic.

While inaugurating the committee in March 2020, the President, Muhammadu Buhari, charged members among other things, to develop a clear economic sustainability plan to respond to the challenges posed by the COVID-19 pandemic.

He also charged them to provide fiscal and monetary stimulus packages, including support to private businesses; and to propose a clear-cut strategy to keep existing jobs and create opportunities for new ones.

According to Akande, the Minister of Finance, Budget and National Planning, Zainab Ahmed, at the meeting, gave a detailed report on the implementation, especially the outcome of the plan and the release of funds for it.

He said: “The committee was also briefed that over two million jobs have been both saved and created since the implementation of the ESP.

“This is especially around MSMEs with the Survival Fund; the Payroll Support, construction and a lot of rehabilitation that has been going on, including the 774,000 jobs created around public works in each of the 774 local government areas in the country.”

Akande noted that the Finance Minister also informed the committee that there has been considerable progress in the release of funds, with about 57 per cent of the N500 billion allocated to the plan in the amended 2020 Appropriation Act released so far.

Speaking further, he affirmed that the vice president and members of the committee were committed to doing more to meet the president’s target of ensuring that the fallouts of the pandemic did not badly affect Nigerians, and that the economy got the recovery it deserved.