PRESIDENCY TO FALANA: Buhari is a democrat, he respects the constitution | Ripples Nigeria 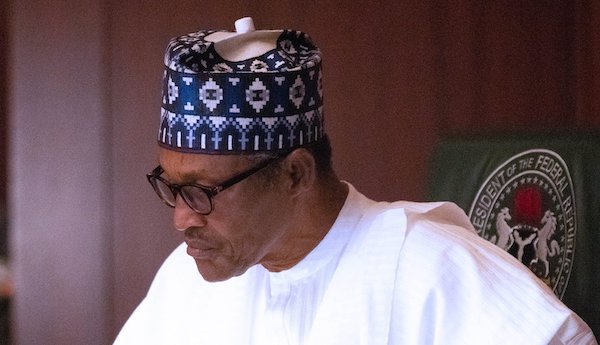 The Presidency has responded to the statement by human rights lawyer, Femi Falana on an alleged third term agenda for President Muhammadu Buhari.

Femi Falana, had during a media interview on Sunday insisted that there was indeed a third term agenda for Buhari, saying that soon, Nigerians would start seeing manifestations of the ‘plot’.

But a statement issued by Garba Shehu, presidential aide on media and publicity, described Falana’s claim as false.

The presidency stressed that Buhari was a democrat and will under no circumstance seek to amend the constitution regarding the two-term term limit on holding office as President.

The statement read: “The popularly acclaimed human rights lawyer and formerly unsuccessful opposition candidate for governor of Ekiti state, Femi Falana, has boarded the free-publicity train, full of those seeking personal media attention in claiming the president is planning a third term in office.

“To repeat: All and every claim that is made that suggest President Muhammadu Buhari will stand for a third term in office is false.

“To reiterate, the President reminds all of those who wish it were otherwise, whether because they want a third term, or because they seek to make false claims for the purposes of their own publicity of the statement made on 2nd October 2019, which is repeated in full, below:

“President Buhari intends to serve his full second elected term in office, ending 2023 – and then there shall be a general election in which he will not be a candidate.

“There is not even the faintest possibility that this will change.

“It is important to note that there was a past attempt to change the Constitution to allow for the then incumbent president to stand for a third term. That attempt was wrong, unconstitutional – and rightly rebuffed. No such attempt will happen under this President.

“President Buhari is a democrat. He respects the Constitution. Any activity aimed at altering the two-term limit will not succeed and shall never have his time nor support.

“The President will have nothing more to say on this matter – apart from to repeat this statement, ad infinitum – that he will not be seeking, accepting, nor standing for a third term.“

The whole world was shocked to see pro-Buhari ‘hoodlums’ attack Deji, others —PDP