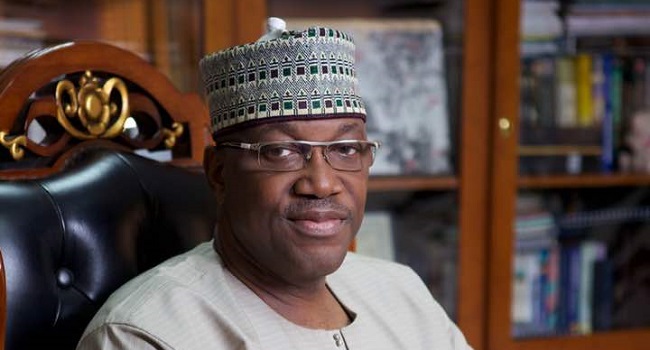 All appears set for Saturday’s presidential debate envisaged to involve incumbent President Muhammadu Buhari of the All Progressives Congresses (APC) and the main opposition party, the Peoples Democratic Party (PDP), whose presidential candidate, Atiku Abubakar, is expected to jet into the country from the US early Saturday, in time for the televised presidential debate scheduled for 7pm Nigerian time.

The running mates of all the candidates had taken their turn on December 14, 2018.

The Executive Secretary of the Nigerian Election Debate Group (NEDG), Edidi Emesiri, had in a statement listed candidates shortlisted for the debate.

The Chairman of the NEDG and BON, Mr. John Momoh, had also on November 22 told journalists in Abuja that the debate would focus on the nation’s economy, electricity, job creation, healthcare, education and security among others.

“Our nation is strongest when our elected leaders are transparent, accessible and accountable to its citizens, explaining their decisions and answering tough questions. That standard of openness must start long before Election Day,” Momoh said.

Opposition parties under the umbrella of Coalition for United Political Parties (CUPP) had on Thursday claimed that the President was planning to evade the debate. They went on to query his mental fitness in a well circulated press release, part of which read:

“Events in the last few days have turned out to be very clear signals that all may not be well with our President in terms of his fitness to continue in office.

”Nigerians will recall that following the allegations by the wife of the President on the hijack of the Presidency by two or three people and her call for Nigerians to rise against them, the fact that the President is being shielded from the Nigerian media and that he speaks only from prepared scripts, the CUPP had raised alarm over the mental health status of the President and called for an independent team of experts to examine all the Presidential candidates, that call for medical examination is hereby reiterated and there are no clearer signals than Nigerians have seen in the last few days.

Read also: ‘Why I am in America,’ Atiku Abubakar speaks

“The President’s media team had attempted to present as a live interview a pre-recorded interview with AriseTV crew only for the truth to eventually emerge that not only was the interview pre-recorded, the television station was not even allowed to bring their cameras for the interview. It was wholly recorded and edited by Villa officials.

“The President clearly showed every sign of lack of comprehension of even the simplest questions while the Vice President was frantically making effort to interject and come to his aid.

“In less than 24hours after the President showed signs of physical frailties in Lokoja, Kogi State where he almost collapsed on the podium, he yet again in another faux pas while presenting a flag to Chief Great Ogboru in Delta State declared that he was presenting the flag to the Presidential candidate of the Party.

Atitku’s media handlers, on their part, have refused to be categorical about the appearance of their principal at the event. They have, in the main remained evasive in what analysts consider a strategic move to avoid being outshined by the eloquence of the likes of Ezekwesili and Moghalu.