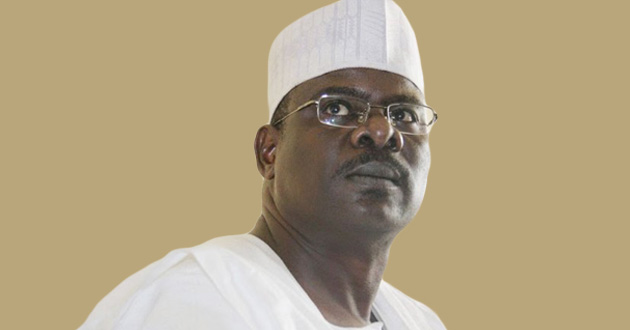 Senator Ali Ndume has insisted that Nigeria would not move forward under the presidential system of government.

According to him, there was a need to conduct a referendum, for Nigerians to decide the type of system of government they prefer, as the present system only benefits a few individuals.

“Nigerians should demand a referendum to effect the type of system that would improve their wellbeing through drastic reduction in the cost of governance. The system we are running now, which I’m part of, is not fair to majority of Nigerians.”

Ndume, a former Nigerian Senate Leader also said that the recent comments by Vice President Yemi Osinbajo and a former governor of the Central Bank of Nigeria (CBN), Muhammad Sanusi, on the cost of governance in Nigeria, vindicated his position on the high cost of running a presidential democracy.

The All Progressives Congress (APC) senator, who represents Borno South and chairs the Senate Committee on Army, stated this on Sunday in Abuja.

He was responding to views expressed by Osinbajo and Sanusi on Friday during a webinar organised by the Emmanuel Chapel tagged, ‘Economic stability beyond COVID – 19′.

Osinbajo and Sanusi had in their comments agreed that the current cost of governance was too much in Nigeria and the system was benefiting only a few people.

Noting that the comments vindicated his position on governance in Nigeria, Ndume maintained that the current system was benefiting only a few people, which he said was not fair and would not allow the country to move forward.

“You can imagine what we would have achieved as a government if 70 per cent of the resources we are currently spending in running the presidential democracy in Nigeria is appropriated every year for capital projects that would benefit the larger members of the society.

“The irony of it is that the service delivery is not commensurate with the huge resources we are deploying in overhead and personnel cost, which formed 70 per cent of our annual budget.

“I am happy that the views expressed by the Vice – President and the former emir are in agreement with my position which I maintained in recent interviews I granted to the media. The comments of the two highly respected Nigerians have vindicated me,” he said.

The senator, however, said that to change from presidential democracy to parliamentary might be difficult for the National Assembly to undertake.

“As the vice president rightly said. It will be difficult for the system to be changed now because the National Assembly is solely responsible for lawmaking in the country and the amendments to the constitution.

“The National Assembly may not provide the necessary support that is needed to amend the constitution to accommodate the proposal that the cost of governance should be critically examined.

“Also, Ministers are selected among the elected parliamentarians. The idea is to reduce the cost of governance and make it more effective.

“However, in the Presidential system, Ministers who are not elected, not known or popular among the people, are given responsibilities which they abused because they are not accountable to people since they do not have the mandate of the electorate.

On what could be done to implement a change in the current system Ndume said, “Legal luminaries should look at the way the parliamentary system could be implemented. Like the Vice President suggested a national debate which should compel the National Assembly to either make it as part of the constitution amendment, or a resolution that emanated from the debate.

“After the debate, there should be a referendum to look at the system of government we are practising now and the alternative we are proposing because we cannot as a nation, sustain the current arrangement.

“We have a budget of N10trn and only 30 per cent is going to the majority whereas 70 per cent would be spent on a few minorities. The system we are practising now is not fair in terms of moral, religious, or socially.

“In the current system, workers are not being paid living wages whereas a privileged few are earning luxury wages. The National Assembly members, including me for instance, are paid luxury wages.

“How can we live comfortably when only a few of us are living a life of luxury when the majority are living in abject poverty? The N30, 000 minimum wage is too small, it can make workers engage in corruption in order to survive.

“So, Nigerians should demand a referendum to effect the type of system that would improve their wellbeing through drastic reduction in the cost of governance. The system we are running now, which I’m part of, is not fair to majority of Nigerians.”