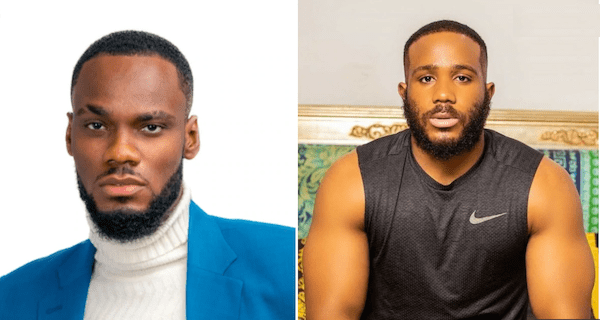 Terseer Kiddwaya, the son of Nigerian billionaire businessman, Terry Waya, was also sent packing from the show after he fell short of the viewers’ expectations.

Prince, who had earlier this week expressed fear over his continued stay in the house and Kiddwaya, were selected for eviction alongside Ozo, Dorathy, and other housemates.

The show host, Ebuka Obi-Uchendu, announced the duo’s exit from the show which still has two weeks to run.

Moments after his eviction, Prince, who was asked about his chances of winning the show before the eviction said: “If I had survived this week’s eviction, I am quite sure that I would have emerged winner of the show but I am up against serious contenders.”

On his relationship with Dorathy, he added: “I love Dorathy like a sister. In the first week, I had an altercation with Ka3na and she stepped in to quell the trouble and we became close ever since.”

When asked about his earlier affair with Tolani Baj, the evicted housemate said he still had some issues to settle out with her and now that he is out of the house, he would find time to address the problems.

During his own Q&A with the host, Kiddwaya said that he enjoyed the process and the journey rather than the destination.

The contestant added that now that he was out of the house, he would hit the gym to knock himself back mentally into shape.

He said: “I miss the gym, I miss outside life and I miss work. Funny enough, I said some days ago that I was getting bored. Winning the contests was never my aim; I wanted to meet new people and network.

STATE OF THE NATION: PDP knocks presidency over attack on Obasanjo, others