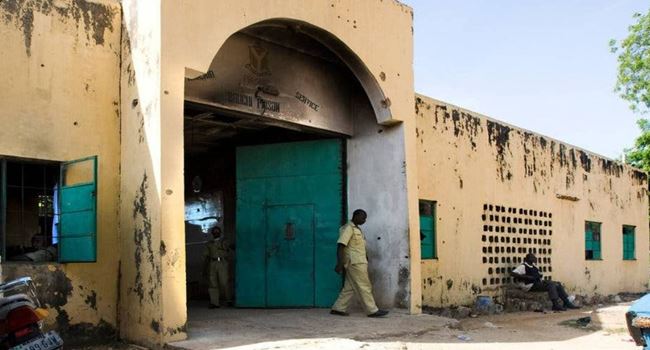 A riot that broke out at the National Correctional Center, Bauchi, has left five inmates and two officers injured, according to the centre’s spokesman, Mr Abubakar Adamu.

Adamu made this disclosure, on Friday, April 9 in Bauchi.

According to him, the incident occurred as a result of trafficking of items to inmates by a prison official.

“There was a riot that broke out as a result of a prison officer trafficking handsets, drugs and other related items, to inmates inside the centre.

“Unfortunately for the officer, intelligence caught him and in the process of investigation, the inmates got wind of the incident and broke into the store and catered away shovels, daggers and diggers.

“The inmates, who were chanting songs and slogans, broke some items inside the prison which forced the prison officials to start shooting in the air to scare them. In the melee, five inmates and two officials were injured,” he said.

Ripples Nigeria gathered that security had been beefed up, with vehicular and traffic movement around the area restricted and the roads leading to the correctional centre barricaded.