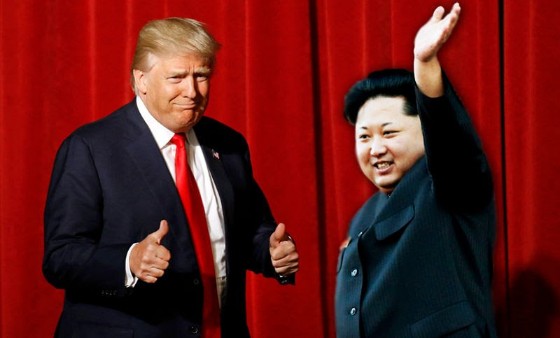 After initially expressing doubt over a planned summit with Kim Jong Un, US President Donald Trump has revealed that the proposed meeting with the North Korean leader will be staged on June 12 in Singapore.

Reports say the new date was arrived at after a two-hour meeting with North Korean senior official Kim Yong-chol at the White House.

“We are meeting with the Chairman [Kim Jong-un] on June 12,” Trump told reporters waiting for him at the White House lawn.

While admitting that dealing with North Korea was “going to be a process”, Trump said he believed the effort would ultimately be “successful.”

“But we are not going to sign anything on June 12.”

Asked whether North Korea has made a commitment to de-nuclearise, Trump said, “They want to do that. So we will see where it leads.”

“I never said that it will happen in one meeting. I think it’s going to be a process. But the relationship is building and it is a very positive thing.”

Trump had earlier written a letter to Kim announcing his withdrawal from what would have been the first-ever meeting between a serving U.S. president and a North Korean leader.