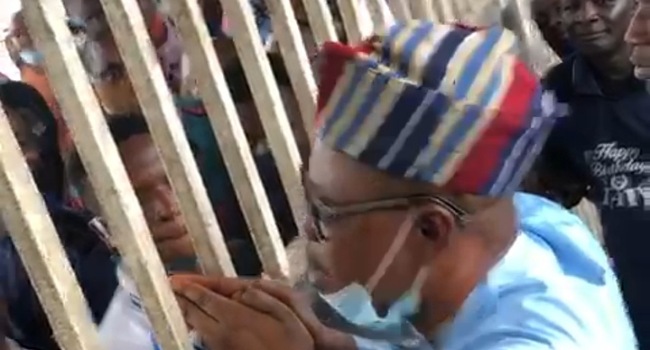 Following the show down by four unions in Lagos State University (LASU), the institution’s management has directed the students to go home and resume for academic activities next week Monday.

The Lagos State Government had directed that final year students resume today, however, the four unions which included the Academic Staff Union of Universities (ASUU), the Senior Staff Association of Nigerian Universities (SSANU), Non-Academic Staff Union (NASU), and the National Association of Academic Technologists (NAAT) staged a protest and locked the Vice-chancellor and students outside.

The Dean, Student Affairs, Dr. Abayomi Olumoko who addressed the students told them to go to their respective houses, while he said the grouse of the unions would be resolved before resumption.

“They would have solved the matter between now and Friday, so you are to go back to your respective homes, and come back next week Monday for activities,” Olumoko said.

He also said further information would be passed through the Students’ Union representatives.