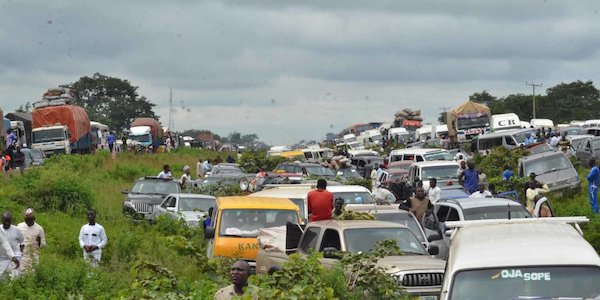 Commercial drivers have blocked both lanes of the Kaduna-Abuja highway in protest.

Motorists were on Friday trapped for hours on the Kaduna-Abuja highway as drivers of articulated vehicles blocked both lanes of the high way.

The road linking the entire North West with the nation’s capital was shut down around Alheri Camp in Chikun local government of Kaduna State.

The road was reportedly blocked following the death of one of the drivers, who was allegedly shot by a policeman, near Masari U-Turn, for his refusal to give N2000 bribe.

After the death of the driver, his colleagues plying the highway emerged in their hundreds and barricaded the road.

Kaduna State Commissioner for Internal Security and Home Affairs, Samuel Aruwan, confirmed the development in a statement on Friday.

He said: “In the early hours of today, a group of drivers blocked the Kaduna-Abuja Road to protest the killing of their colleague by a policeman.

“The loss of life is deeply regretted. The Kaduna State Government commiserates with the family of the deceased driver and has directed that the police will thoroughly investigate the incident.

“However, grief and a sense of loss do not justify imposing such pains on other citizens as the protesting drivers have done by blocking a very busy public highway. They have left many people stranded for several hours and caused considerable distress.

“The Kaduna State Government apologises to road users for the inconveniences caused by the hours-long blockade.

“The road has since been opened and the protesting drivers cleared. However, the standstill created by the blockage has resulted in a gridlock that will take hours to clear. The queue of stranded vehicles stretches for several kilometres.

“Therefore, the state government appeals to all persons traveling on the Kaduna-Abuja highway to patiently cooperate with efforts to clear the gridlock.” 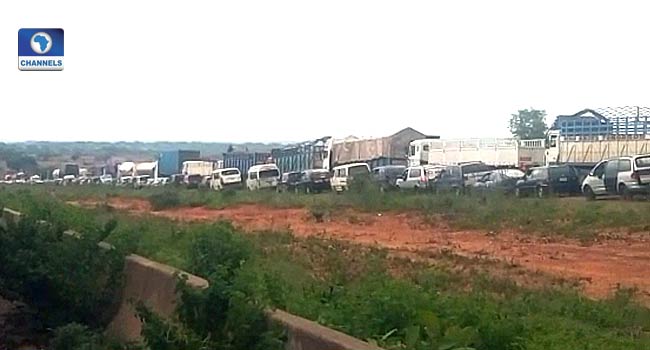