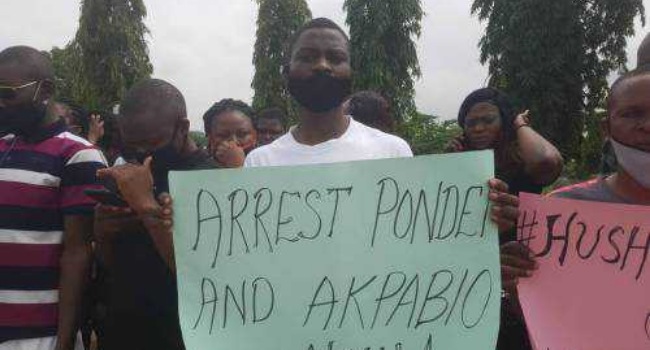 Two groups of protesters have clashed at the National Assembly Complex, Abuja, over the ongoing probe of the Niger Delta Development Commission (NDDC) being undertaken by both the Senate and the House of Representatives.

Both the Senate and the House of Representatives are investigating the alleged illegal spending and mismanagement by the Interim Management Committee of the NDDC under the supervision of Akpabio.

Security operatives had to separate the two groups, to avert a clash.

One of the group led by Okeahilam Cherech, called for the suspension and arrest of the minister until the commission completed its forensic audit of the commission.

No N40bn missing from NDDC —Akpabio