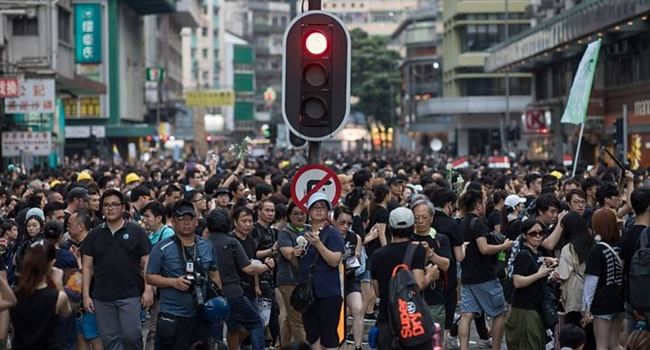 Undaunted protesters in Hong Kong are bracing up for fresh demonstrations as they aim to take to the streets again on Sunday, in defiance of a police ban on unauthorised rallies.

Young people have been at the forefront of recent protests, worried about the erosion of freedoms in Hong Kong, while also concerned with issues such as wealth disparities in the city.

Protesters have increasingly adopted flash tactics, playing a cat and mouse game with police to evade capture defying a police ban on marches in the Chinese-controlled territory.

However, police said on Sunday they had arrested 16 people during the protests on Saturday for charges including unlawful assembly and possession of an offensive weapon.

The development comes days after the Peoples Republic of China issued a stern warning to persistent protesters in Hong Kong warning them that they must not “play with fire”.

In its strongest warning yet over the lingering demonstrations, China says its restraint must not be taken for weakness.