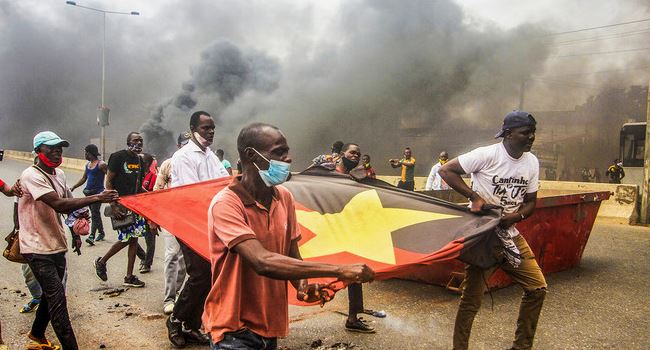 There is an outbreak of protests across Angola as the country marks the 60th anniversary of the beginning of the armed struggle with official acts and demonstrations on Friday.

In the Museum of Military History located in the center of the capital, Luanda, the national flag was raised and the anthem sang, followed by the deposition of flowers on the monument of the Unknown Soldier, in homage to all those who fought for the independence of Angola, achieved fifteen years later.

At the same time, elsewhere in the city, the National Police dispersed a demonstration with a hundred participants, in protest against the economic crisis and for political change.

According to the authorities, the demonstration did not meet the legal requirements and the participants committed several acts of vandalism, while the demonstrators claimed to have been surprised by the strong police apparatus.

The demonstrators also wanted to express their support for the inhabitants of Cafunfo, in the diamond region of Lunda Norte, where, on Saturday, the police suppressed an action they classified as separatist rebellion and which resulted in at least six deaths.

Some non-governmental organizations have denounced human rights violations while the government has ordered the opening of a judicial inquiry.

Related Topics:angolaanniversary of armed struggleProtests break out in Angola
Up Next

Ndigbo has not given any Northerner quit notice in Igboland –Ohanaeze