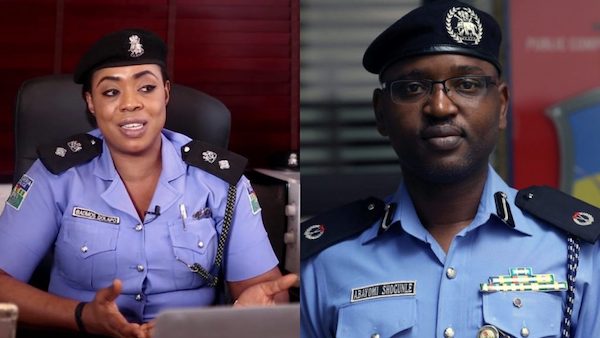 The Police Service Commission (PSC) has dismissed reports of the dismissal of two senior police officers for alleged misconduct.

There were claims in the social media on Friday night that the commission had approved the dismissal of an Assistant Commissioner of Police (ACP), Abayomi Shogunle and a Chief Superintendent of Police, Dolapo Badmos, from the Nigeria Police Force.

Shogunle was a former head of the Police Public Complaint Unit while Badmos acted as the image maker of the Lagos State police command a few years back.

The PSC announced on Friday that the presidential panel on the reform of the now-disbanded Special Anti-Robbery Squad (SARS) had recommended the dismissal of 37 operatives for alleged gross misconduct.

The panel also recommended the prosecution of 24 others for a similar reason.

But the commission’s Head of Press and Public Relations, PSC, Ikechukwu Ani, in a chat with journalists on Saturday, described the reports on the dismissal of the two police officers as fake news.

He said the PSC has not met on the recommendation of the presidential panel whose report was submitted to the Chairman of the commission, Mr. Musiliu Smith, by the Executive Secretary of the Nigeria Human Rights Commission (NHRC), Mr. Tony Ojukwu, on Friday.

Ani said: “The commission did not sit yesterday (Friday) and I am not aware of any dismissal. The commission meets officially before any decision is taken and it has not met.”