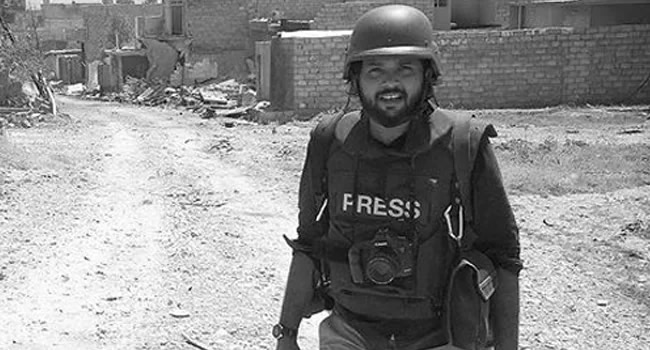 Siddiqui who worked with Reuters before his untimely death on Friday, won a Pulitzer Prize for exposing the violence faced by Rohingya refugees in 2018.

The death of the Reuters chief photographer in India, was reported by an Afghan commander who said he had been killed while covering fighting between Afghan security forces and Taliban fighters.

The commander said that Afghan special forces had been fighting to retake a market area near a border crossing with Pakistan when Siddiqui and a senior Afghan officer were killed.

According to reports, Siddiqui had been embedded for the past week with Afghan special forces and had informed his employers that he had been wounded in the arm during an earlier clash on Friday.

Siddiqui started his career as a television news correspondent and later switched to photojournalism.

Before joining Reuters, Siddiqui had worked as a correspondent with the India Today Group from September 2008 to January 2010.

In 2018, Danish Siddiqui and his colleague Adnan Abidi had won the Pulitzer Prize for Feature Photography for documenting the Rohingya Refugee Crisis as part of the Reuters team.

As a photojournalist, Siddiqui covered wide rage of issues across the world. Some of his major works include covering the wars in Afghanistan and Iraq, Rohingya refugees crisis, Hong Kong protests and Nepal earthquakes.

Dozens killed, many missing as devastating floods sweep through Germany