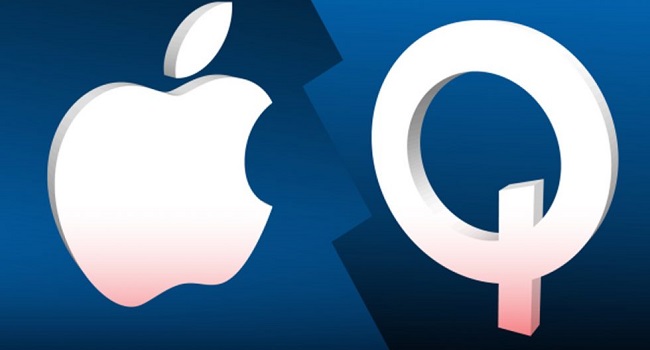 Legal battles between Qualcomm and Apple have been raging on for the past two years. In 2017, the former was sued by Apple for $1 billion and a billion yuan (~$145 million) respectively.

Qualcomm hit back with a few lawsuits as well, suing Apple for misleading customers about chip performance, and withholding royalties, for which it attempted to ban the sale of iPhones in the US.

Just a couple of months ago, Qualcomm announced that it probably won’t be supplying modems for upcoming iPhones, accusing Apple of stealing chip secrets and selling them to Intel.

Now, the chip-maker has claimed that the Cupertino tech giant owes it $7 billion in royalty payments.

As reported by Reuters, Apple has repeatedly been accusing Qualcomm for abuse of patent licenses, while the latter is claiming patent infringement.

In the latest development in court proceedings in San Diego, the chip-maker has stated that Apple is behind in royalties, by a considerable margin of $7 billion.