QuickRead: Akeredolu versus Fulani ‘invaders’. Four other stories we tracked and why they matter | Ripples Nigeria 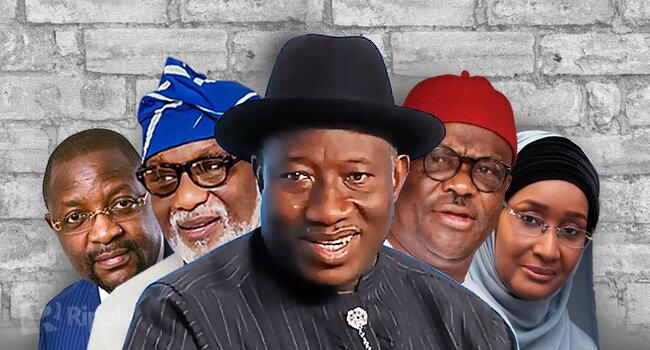 The most dominant piece of news past week was, perhaps, Governor Rotimi Akeredolu’s face-off with Fulani herders who had made Ondo forest reserves home.

This week’s QuickRead also revisits former President Goodluck Jonathan’s counsel on how to deal with the contentious national question of restructuring the entity called Nigeria.

Three other stories made our pick and here is what we think of their implications for Nigeria.

Governor Rotimi Akeredolu’s Monday, January 18, eviction notice to herdsmen, over spate of insecurity in the state, raised so much dust last week.

In a statement posted on his Twitter handle, the governor had said, “Today we have taken major steps at addressing the root cause of kidnapping, in particular, and other nefarious activities detailed and documented in security reports, the press and debriefings from victims of kidnap cases in Ondo State.

“All Forest Reserves in the state are to be vacated by herdsmen within the next 7 days with effect from today, Monday 18th January 2021. Night-grazing is banned with immediate effect because most farm destruction takes place at night.”

The brouhaha generated by Akeredolu’s order, the Presidency response, the threat by the Northern Elders Forum (NEF), and subsequent fight back by Afenifere, show how dangerously the country’s fault lines continue to widen.

The near tactless response from the Buhari-led administration raises critical concerns over its very shoddy handling of the vexed issue of farmers-herdsmen crisis, the ill-defined relationship between Nigeria’s federating units, the overbearing influence of the executive in the country’s power structure, and the observed inclination towards ethnic politics.

With ethno-religious interests now a dominant factor, even in matters of security of lives and property of Nigerians, the country dreads a dangerous descent into anarchy and urgently calls for honest conversations on its future.

“We cannot restructure without solving issues that polarize us; nepotism, ethnic and religious differences and lack of patriotism.

“Discussion on restructuring will not help except we restructure our minds. Some of the challenges faced at the national level are still there at the state and local government levels, and sometimes even in our communities,” Jonathan said.

Jonathan’s message speaks to the need for a sustained value reorientation. The pursuit of primordial sentiments of ethnicity, religion and clannishness is unarguably evident across every strata of society.

The fact that these problems exist among people of the same region, State and religion makes Jonathan’s proposition worthy of serious consideration.

In the end, not even these may be magical enough to hold the country together except the principles of justice and fairness become deeply engrained in the culture of governance.

Paying lip service to these existential realities will only continue to sow discord and make genuine reconciliation for peace and stability an exercise in futility.

The Nigerian government on Tuesday, January 19, said that about 24.3 million poor Nigerians would get N5,000 each for a period of six months.

The Minister of Humanitarian Affairs, Disaster Management and Social Development, Sadiya Farouq said in a statement through her aide, Nneka Anibeze:

Read also: QuickRead: Buhari sits as judge. Four other stories we tracked and why they matter

“According to records, about 24.3 million poor and vulnerable individuals were identified at the end of 2020 and registered into the National Social Register.

“Each beneficiary will receive N5, 000 for a period of six months.”

President Buhari and his team insist that they can pull 100 million Nigerians out of poverty but without transparency, the project looks like a conduit pipe for siphoning public funds.

Nigerians are seeking to know how the data base of 24.3 million poor people was generated and how this vulnerable group of persons were evaluated.

For many, the promise by the government to pay N5,000 for 24.3 million poor Nigerians for six months sounds like another ‘government magic’ considering the loopholes in the explanations the minister gave on the sharing of COVID-19 palliatives, and the bungling of the N523.3 million school feeding programme during the lockdown.

It is also questionable what these poverty alleviation programs amount to in real value as the country’s Naira continues to take a bashing against other global currencies.

The Minister of Youth and Sports Development, Sunday Dare, on Friday, January 22, described godfatherism in Nigerian politics as a good thing.

Speaking at an event in Abuja, Dare said, “For me, in its entirety, godfatherism is not bad. But godfatherism that sacrifices competence for something else is bad.”

Dare’s position on the vexed issue of godfatherism in Nigerian politics is not surprising having attended his current height in politics, supposedly through the help of a godfather.

His position, however, remains hugely debatable given how repugnant the issue had become lately in Nigeria’s leadership recruitment process.

Nevertheless, his stance becomes more persuasive when properly situated in the context of searching for the best and working to ensure that excellence prevails always.

A system is unforgivably wrong when it sacrifices excellence on the altar of mediocrity.

Governor Nyesom Wike on Wednesday, January 20, donated N500 million to the Sokoto State Government to support the rebuilding of the Sokoto Central Market which was ravaged by fire on Tuesday.

Malam Muhammad Bello, media aide to Sokoto State Governor Aminu Tambuwal, who disclosed this, said Wike “donated the money to support the victims of the inferno and help in rebuilding the market.”

To lend a helping hand in a time of humanitarian crisis can be counted for good.

While Wike’s kind gesture may be situated as a humanitarian effort, it will, however, be difficult not to premise it on his perceived hustle for power ahead of the 2023 political permutations.

If this perceptions are largely correct, then Wike’s ‘kind’ gesture must be seen for what it is, an unbridled abuse of office.

Indeed, it shows how Nigerians politicians exploit the absence of accountability in the governance culture to lavish public funds on private projects.

In this case, Wike’s flirtatious romance with brother Governor, Aminu Tambuwal, is an open secret!

QuickRead returns next week Sunday. Until then, do enjoy your weekend.