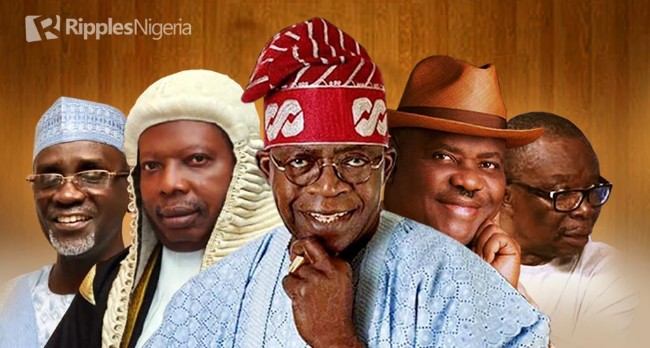 This and four other stories we tracked were among the major issues that dominated the public space last week.

On August 30, ASUU announced its decision to extend the strike which began on February 14 indefinitely.

In a communique issued at the end of its National Executive Council (NEC) meeting in Abuja, the union said: “We observed with regret that the Union had experienced a lot of deceit of the highest level in the last five and half years as the Federal Government of Nigeria (FGN) engaged ASUU in fruitless and unending negotiation without a display of utmost fidelity.”

ASUU’s decision has ended the students’ hopes of returning to school anytime soon.
It also speaks to the readiness of the varsity lecturers to push through their demands this time after years of unfulfilled promises by the Federal Government.

The prolonged strike and the reluctance of both parties to shift grounds has further eroded the little goodwill enjoyed by the Buhari administration and raised doubt on the government’s commitment to the development of the education sector, in particular, and well-being of its youths, who are expected to drive the country’s vehicle, in years to come.

The former Kano State governor, Ibrahim Shekarau, on August 29 returned to the Peoples Democratic Party (PDP) after years of merry-go-round.

The former governor, who was received back to the PDP at a ceremony in Kano, said: “It is not the office or position that we are interested in. It is our integrity, dignity, and freedom that we are protecting.

“I have since notified the Independent National Electoral Commission (INEC) of my intention to dump the senatorial candidacy under the NNPP and completed the due processes.”

The defection of the former minister to PDP speaks to the dominant culture of politics without principle largely practiced in Nigeria.

It also reinforces the belief that politics is an interest-driven game where most participants have conditioned themselves to pursue selfish interest at the expense of national goals.

The Economic and financial Commission (EFCC) on September 1 arrested the Speaker of the Ogun State House of Assembly, Olakunle Oluomo, at the Murtala Muhammed International Airport, Lagos.

Read also: QuickRead: Wike’s meeting with Tinubu, Atiku, Obi. Four other stories we tracked and why they matter

A source in the EFCC who confirmed the development to journalists said the speaker was arrested for alleged misappropriation of state funds and other financial crimes.
He said: “The speaker was picked up at about 9:15 a.m. after he failed to honour several invitations to appear in our office to answer questions on the corruption allegations against him.”

The arrest of the speaker, another public official, confirms the assertion that everyone is equal before the law, status in society notwithstanding.

The development also reinforces the call for the strengthening of the anti-graft agencies to carry out their functions effectively and without bias when the need arises and check public office holders from abusing their positions.

Tinubu’s visit to Jonathan came just 13 days after the former Lagos State governor met with ex-President Olusegun Obasanjo as part of his nationwide consultation with eminent Nigerians on his 2023 presidential bid.

A source, who was at the meeting, said the discussion between the two leaders was brief and cordial. He said: “Tinubu told Jonathan of his presidential ambition and sought his support.”

The meeting between Jonathan and Tinubu, the man who was instrumental to his defeat in the 2015 presidential election, again illustrates the belief that in politics there is no permanent friend or enemy but permanent interest.

It is a game in which past relationships are quickly cast aside in pursuit of immediate goals.

Such bridge-building makes politics an interesting and intriguing game and more of such will be expected in the coming weeks as preparations for the 2023 elections reach a critical stage.

The Rivers State Governor, Nyesome Wike and the Peoples National Chairman, Iyorchia Ayu, were in the news last week with statements that left Nigerians worried over the fate of the major opposition party in the 2023 elections.

In a chat with the BBC Hausa Service on August 31, Ayu described PDP members demanding his removal as chairman as children who know nothing about the party and why it was formed in 1998.

In his response 24 hours later, the governor blasted the former Senate president for his arrogance and ingratitude.

The exchange between the governor and Ayu has further confirmed that all is not well with the country’s biggest opposition party.
It is unfortunate that the biggest casualty of this clash of ego between individuals who should drive the PDP’s quest to regain power at the centre in 2023 is the party itself.

Unless these individuals resolve their differences and quickly too, the party’s chances of wresting power from the All Progressives Congress (APC) in 2023 may be over even before Nigerians cast the first ballot next February.

QuickRead: ANAP’s prediction of Obi’s victory in 2023. Four other stories we tracked and why they matter

QuickRead: Wike’s meeting with Tinubu, Atiku, Obi. Four other stories we tracked and why they matter