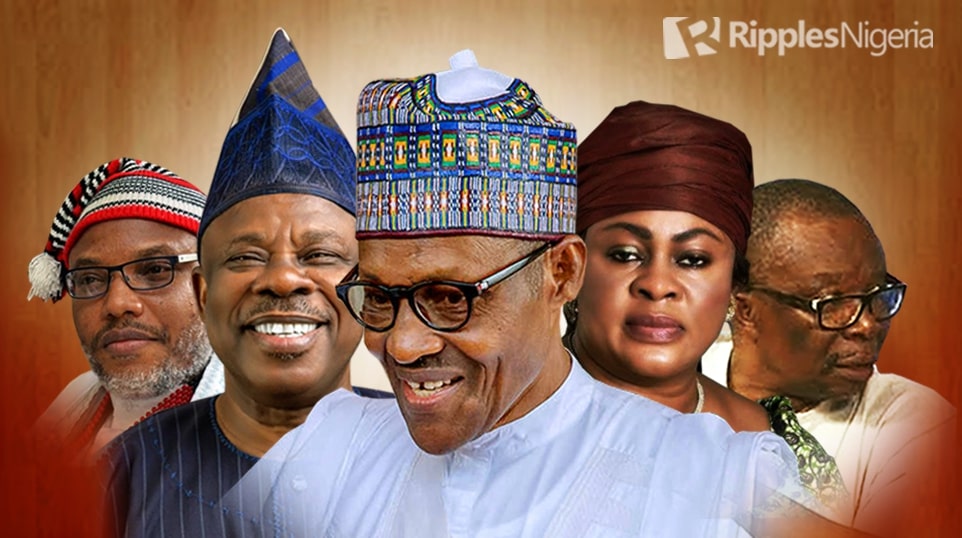 The Academic Staff Union of Universities (ASUU) last week suspended the strike that crippled activities in the institutions for eight months.

This and four other stories we tracked dominated newspaper headlines last week.

On October 14, ASUU ended the longest strike in the nation’s university system.
The ASUU President, Prof. Emmanuel Osodeke, who announced the suspension of the strike at the end of the union’s National Executive Committee (NEC) meeting in Abuja, however, said the lecturers’ demand had not been fully addressed.

He said: “While appreciating the commendable efforts of the leadership of the House of Representatives and other patriotic Nigerians who waded into the matter, NEC noted with regret that the issues in dispute were yet to be satisfactorily addressed.
“…Consequently, all members of ASUU are hereby directed to resume all services hitherto withdrawn with effect from 12:01 on Friday, October 14, 2022.”

Although the lecturers have allowed sound reasoning to prevail by suspending the strike, the failure of both parties to arrive at a satisfactory conclusion on issues raised in the dispute calls attention to the government’s very lukewarm attitude towards positioning the country for the knowledge era.

Following the union’s admission on the resolution of the dispute, it means the country’s educational system risks more disruptions in the future, and the quality of graduates diminishes even further.

It also casts doubts on the integrity of the Nigerian state, and that its leaders cannot be trusted to fulfill their obligations to the citizens.

The Court of Appeal, Abuja, on October 13 discharged the leader of the Indigenous People of Biafra (IPOB), Nnamdi Kanu, of terrorism charges.

At the proceeding, a three-member panel of the appellate court led by Justice Hanatu Sankey held that the charges preferred against the IPOB leader did not disclose the place, date, time and nature of the alleged offences before he was extradited to Nigeria in clear violation of international treaties.

Justice Sankey, who delivered the judgement, said: “The trial court lacks the jurisdiction to adjudicate in the matter due to the abduction and extraordinary rendition of the activist to Nigeria in flagrant violation of the African Union convention and protocol on extradition.”

The appellate court’s ruling has terminated what proved to be a pyrrhic victory for the Nigerian government after the abduction of the IPOB leader last year.

However, the government’s recalcitrant position, such as the one conveyed by the Attorney-General of the Federation and Minister of Justice, Abubakar Malami, has cast doubt on President Muhammadu Buhari’s much-vaunted commitment to the rule of law and respect for the court’s order.

It also calls into question the government’s readiness to tow the path of justice by calming frayed nerves and addressing the honest demand for conversations on the Nigerian project.

The Federal Government has given the Economic and Financial Crimes Commission (EFCC) the go-ahead to prosecute the former Minister of Aviation, Stella Oduah, and other persons for alleged N5billion fraud.

The prosecuting counsel, Hassan Liman (SAN), confirmed the development at the resumed hearing on the matter on October 12.

He said: “The AGF has finally responded to the plea of the defendants and has given us the go-ahead to proceed with the case.
“At least 30 witnesses had been lined up to testify in the suit.”

The prosecution of the former minister who has devised several strategies to escape justice for alleged corruption while in office will again reaffirm the position of law in the conduct of men.

It is also a reminder to all criminally-minded persons, including public officials who abused their positions that they will eventually have their days in court and account for their actions no matter how long it takes.

READ ALSO:QuickRead: Registration of ASUU splinter groups. Four other stories we tracked and why they matter

The Human Rights Writers Association of Nigeria (HURIWA) on October 11 tackled the federal government over the alleged covert release of 100 Boko Haram terrorists from the Kirikiri Medium Security Prison in Lagos.

In a statement issued by its National Coordinator, Emmanuel Onwubiko, HURIWA described the government’s action as unacceptable.

He said: “Nigerians are shocked at the latest antics of the regime of the President in the reported release of over 100 Boko Haram terrorists from the Kirikiri prison. It shows the total absence of transparency and accountability in the fight against terror. The secrecy behind the intermittent release of terrorists under different guises by the current government is abysmal and anti-people and illegal.”

The development may have confirmed the government’s double standard approach in the ongoing fight against insecurity in Nigeria.

Also, the release of the terrorists may not only diminish hopes in the government’s readiness to tackle terrorism and other security challenges head-on but cast doubt on government’s claim of recent successes recorded against the terrorists in the Northern part of the country.

The former Ogun State governor, Ibikunle Amosun, on October 10 declared his support for the African Democratic Congress (ADC) governorship candidate in the state, Bisi Otegbeye, in the 2023 elections.

Amosun, who disclosed this in a BBC Yoruba programme, however, said he would back the All Progressives Congress (APC) presidential candidate, Bola Ahmed Tinubu, in next year’s election.

He said: “I don’t hide behind one finger to fight…In the governorship election, my supporters and I don’t belong on that side. Biyi Otegbeye is the person I am supporting and ADC is the party.
“For the presidential election, I can assure you, all the APC factions in Ogun are working for the presidential candidate of the APC.”

The ex-governor’s declaration means the ruling party may be in danger of losing more states in the 2023 general elections after its defeat in the Osun State governorship election and disqualification of candidates in Akwa Ibom and Adamawa (barring the success of appeal) in court.

The implication is that APC appears not to have learnt a lesson from the 2019 debacle that cost the party Rivers and Zamfara States in that year’s election.

The constant crises among political parties in the country speak to a lack of effective dispute-resolution mechanisms to address grievances among members and this does not bode well for a growing democracy like ours.

Related Topics:#featured$6.7m EFCC fraud suit against GlobacomnigerianewspaperQuick Read
Up Next

QuickRead: Gov Wike’s endorsement of Sanwo-Olu. Three other stories we tracked and why they matter

QuickRead: Registration of ASUU splinter groups. Four other stories we tracked and why they matter