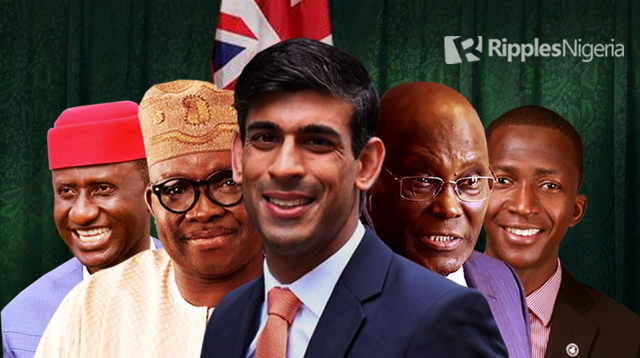 This and four other stories we tracked were among the major talking points in the country last week.

On November 9, the spokesman of the PDP campaign council, Dino Melaye, told journalists that several people were hospitalized after thugs attacked the campaign team of the party’s presidential candidate in Maiduguri, Borno State.

He accused the ruling All Progressives Congress (APC) of attempts to disrupt the campaigns of the opposition party.

Melaye said: “They deployed their thugs to attack our convoys with stones, sticks, and machetes as we left the Shehu’s Palace to come to the Ramat Square, all in an attempt to stop our rally.
“Thugs were deployed in many strategic locations to attack our supporters. But we want to assure them that nobody can stop us”.

The growing cases of violence recorded across the country since the campaign for the 2023 elections kicked off in September heighten fears about the conduct of the polls.

It thus confirms fears that the peace accord initiated by the Abdulsalami Abubakar-led National Peace Committee may be a ruse after all, and that thuggery and intolerance remain deeply engrained in our body politick.

2. Fayose’s warning on the PDP crisis

The former Ekiti State governor, Ayo Fayose, on November 7 predicted more turbulence in the Peoples Democratic Party (PDP) if the party’s leadership fails to put the house in order.

In a series of tweets on his Twitter handle, the ex-governor warned thus: “I see more serious turbulence for the PDP, more than ever before. I have been silent all this while, hoping that things will get better.
“I advise we do more than we are doing now to resolve this crisis as events in days/weeks ahead may likely get messier. I pray this advice is not ignored.”

Fayose’s disposition reinforces strong perceptions that all is not well with PDP despite the current posture of some elements within the party. And, with just three months to the next national election, the party may fast be running out of time to redirect its sinking ship in readiness for the latest shot at the presidency.

The ex-governor’s remark, though a clarion call for all parties in the PDP crisis to rein their egos, may do little to assuage the situation as the G-5 elements, led by Gov Nyesom Wike, appear stuck on getting the party chairman, Iyorchia Ayu, out of power.

Justice Chizoba Oji of the Federal Capital Territory High Court, Nyanya, on November 8 ordered that the Chairman of the Economic and Financial Crimes Commission (EFCC), Abdulrasheed Bawa, be sent to prison for contempt.

The EFCC chief was convicted for refusing to comply with the court’s order in favour of a retired navy officer, AVM Rufus Adeniyi Ojuawo, in 2018.

READ ALSO:QuickRead: Buhari’s latest medical trip to UK. Four stories we tracked and why they matter

The court’s order illustrates the position of law in the conduct of men, especially when such borders on willful disobedience of its orders.

Although the vacation of the order 24 hours later and the manner in which it was vacated left a sour taste in the mouth, the ruling shows that nobody is above the law and public officials, in particular, can be made to do what is right even under a government that has the perchance to disobey court’s orders.

The All Progressives Congress (APC) in Abia State insisted on November 12 that Ikechi Emenike remained its governorship candidate in the state.

This followed the Federal High Court, Abuja’s ruling which declared a former Minister of State for Mines and Steel Development, Uchechukwu Ogah, as the party’s duly elected governorship candidate in the state.

However, APC legal adviser in the state, Vigilus Nwankwo, who addressed journalists shortly after the ruling, said: “In the eye of the law Ikechi Emenike still remains the candidate of APC in Abia. The judgment cannot be enforced or executed until the final pronouncement by the Supreme Court on the subject matter.”

The latest imbroglio in the Abia State chapter of APC shows that many members of the party could be poor students of history.

The development speaks to their failure to learn from the mistakes that cost the party dearly in the 2019 elections in Rivers and Zamfara States.

Unless the party leaders quickly put aside their differences ahead of the 2023 elections, the party’s hope of securing the state it has coveted for more than 20 years may remain a tall dream at least for another four years.

The United Kingdom Embassy in Nigeria had on November 7 declared the Federal Capital Territory (FCT) safe for movement in an updated security alert to its citizens in the country.

The UK, the United States, and four other countries had two weeks earlier alerted the nationals on planned terror attacks in the FCT.

The country, however, warned its nationals against all trips to Borno, Gombe, Kaduna, Katsina, Zamfara, and riverine areas of Delta, Bayelsa, Rivers, Akwa Ibom, and Cross River States.

The notice read: “The Foreign, Commonwealth & Development Office (FCDO) no longer advises against all but essential travel to the Federal Capital Territory, including the city of Abuja, but risks remain, and further details about the continued threat from terrorism in this region have been added.
“The FCDO advice against travelling to other areas of Nigeria remains in place.”

The terror alert on the 18 States points to the very fragile nature of the country’s security system and reinforces the call for rejig of the security architecture which is in serious distress.

The challenge before the government is to quickly fix the lapses or run the long term risk of waning investor confidence in the economy, and or rapid descent into a state of anarchy.

QuickRead: Acquittal of Babachir Lawal. Four other stories we tracked and why they matter

QuickRead: Buhari’s latest medical trip to UK. Four stories we tracked and why they matter