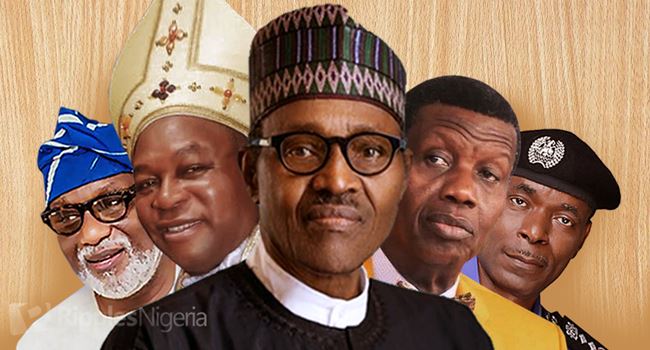 Welcome to a review of leading political events of last week.

The other major event was President Muhammadu Buhari’s 2021 budget speech. Tagged Budget of Economic Recovery and Resilience, the president all but informed Nigerians to get ready for another recession.

These and three other stories made our pick of major political events last week. We x-ray their implications for national development.

With the governorship election campaign rhetorics over, the people of Ondo State on Saturday, October 10, went to the poll to pick a new governor. Ahead of the exercise, there were concerns as to whether the election will be conducted in an atmosphere of peace and tranquillity, like was relatively observed during last month’s governorship election in Edo State.

Early reports suggest that the election may not have been without some ugly incidents, as news have been rife of thuggery, vote-buying and ballot box snatching.

As final results of the election tumble in, the front runners remain incumbent Governor Rotimi Akeredolu of APC, Eyitayo Jegede of PDP and the incumbent deputy governor of the state and candidate of the Zenith Labour Party, Agboola Ajayi.

Ondo presented the Independent National Electoral Commission (INEC) another practical opportunity to improve on its outing in Edo State, which outcome helped the commission to remedy, to some extent, its image badly tainted by the previous governorship elections in Kogi and Bayelsa states.

It may be too early to draw conclusions though, as the performance of the electoral umpire can only be placed in proper context after the collation and announcement of the final results of the election.

Ultimately, the Ondo gubernatorial poll still speaks to the country’s unpreparedness to fully adopt technology as a solution to the management of its electoral processes. As the world increasingly adjusts to a culture of the new-normal, it is evident that electronic voting cannot be ignored for too long.

And, this can only be effected if there is proper legislation in place. Therefore, outcome of the Ondo exercise further ignites the call for President Buhari to sign into law the electoral amendment act to enable a transition to electronic voting in the country.

Some claims that electoral irregularities took place in full glare while security operatives looked on could also cast doubts on the integrity of the poll.

Presenting the budget to the National Assembly, the president had noted, “Let me emphasise that revenue generation remains our major challenge. Nevertheless, Government is determined to tackle the persisting problems with domestic resource mobilization, as there is a limit to deficit financing through borrowing. The time has come for us to maintain a healthy balance between meeting our growing expenditure commitments and our long-term public financial health.”

The federal lawmakers have assured that they would, before the end of December 2020, ensure the passage of the budget which capital expenditure is pegged at 29 percent, with a deficit of N4.48 trillion.

Read also: QuickRead: Buhari’s dreams, Osinbajo’s fears; three other stories we tracked and why they matter

President Buhari may be right to claim that revenue has been a challenge to his administration. Fact is that he has not been able to enjoy high oil prices, like the previous governments did. The situation was made worse by the outbreak of coronavirus which disrupted global supply chains and laid the economy prostrate.

The challenge of dwindling revenue is a clear indication that the ruling party must now task itself greatly with managing the cost of governance. The country, undeniably, is still in the throes of corruption with many institutions of government not remitting their revenues or partially doing so.

A cursory glance shows that the Buhari government is still running the affairs of the nation as if it has no challenges.

There is no better time to do an honest appraisal of the presidential system, which structure has become a guzzler of the nation’s scarce resources, than now.

At the risk of committing political suicide, should Mr President not be more patriotically concerned about the country’s future than the short term gains of feeding his political class with huge resources that could go into more productive ventures?

The country can ill-afford its current bloated system across all the three arms and tiers of government. In all this, Mr President must lead the lead way by trimming down on the several excesses of his office in place of an austere structure that sends clear signals to his contemporaries in the legislature, judiciary, states, and even local governments.

Amid growing protests against the continued existence of the Special Anti-Robbery Squad (SARS) by Nigerians, especially the youths, the Nigerian Police on Friday, October 9, insisted that SARS was not going to be scrapped.

The Force Public Relations Officer (FPRO), Frank Mba, said the reason the ‘annoying’ police unit would not be scrapped was that they were deeply involved in the fight against the Boko Haram insurgents and bandits in the northern part of the country.

He was, perhaps, re-echoing what President Buhari had already thought to do, which was to order a reform of the beleaguered agency. The President had provided such hint after a meeting with the Inspector-General of Police (IGP), Mohammed Adamu, same Friday.

At the heart of the #EndSARS campaign is lack of trust in the promises of the administration to secure Nigerians. The 2020 protests were a continuation of what had began some time back. In April 2019, after one Kolade Johnson was extra judiciously killed by operatives of SARS, Nigerians were on the streets demanding for an end to the police unit.

EndSARS protesters may not have any reason to believe the President and Adamu, given the failure of similar reform promises over a year ago. A critical response to assuage the protesters may be to unfurl and implement the recommendations of the panel that was inaugurated to address human rights abuses by the police force and security agencies.

It is also doubtful if the police can reform itself without proper legislations. In this regard, Nigerian lawmakers cannot stand akimbo and watch helplessly as the institution gets decimated. They must take responsibility to look at the laws that set up the country’s police and fine tune same to ensure policing in Nigeria conforms to modern practices as seen in many parts of the world.

The Catholic Archbishop of Abuja, John Cardinal Onaiyekan and some other prominent citizens in the country, under the auspices of the Nigeria Working Group on Peacebuilding and Governance (NWGPG), said on Thursday, October 8, that Nigeria was on autopilot with corruption completely out of control in the country.

“Corruption has gone completely out of control, as there is a concerted effort to dismantle anti-corruption agencies and render them ineffective, while evidence of corruption is growing, the prosecution has slowed down considerably,” the elders said.

There is a temptation to accuse the elders of coming late to the scene. They are simply reinforcing the cries of many years. With corruption allegations trailing many government officials, Ministries, Department and Agencies (MDA’s), including the very institution set up to fight corruption, the country can best be described as one choked by corruption.

It is doubtful what the Onaiyekan-led intervention would bring to the table if it’s not sustained as an enduring campaign with mass appeal.

The outcry must, therefore, be a coordinated response targeted at rebuilding the institutions of state and should not begin and end with issuance of press releases intended to call attention to the organizers.

The sustained campaign must call for deep cleansing across all divides, devoid of ethnic or religious biases. It is only on this strategic pedestal that meaningful goals can be set and achieved.

The Presidency on Sunday, October 4, maintained an attitude of reacting to every comment, including those it is expected to have appreciated and put to good use.

This came when Buhari’s Senior Special Assistant on Media and Publicity, Garba Shehu, warned the General Overseer of the Redeemed Christian Church of God, Enoch Adeboye, and other Nigerians demanding that something be done to the widening division threatening the country’s continuous existence as a single entity.

Adeboye, looking at glaring cracks in the country’s unity, had advised the government to consider the various calls for restructuring of the country or risk a break up.

“This is to warn that such unpatriotic outbursts are both unhelpful and unwarranted as this government will not succumb to threats and take any decision out of pressure at a time when the nation’s full attention is needed to deal with the security challenges facing it at a time of the Covid-19 health crisis,” the presidency had retorted.

The manifest show of anger and impatience conjures the image of an administration intolerant of informed views. Furthermore, the Buhari presidency plays the Ostrich by pretending that all is well.

The fact it must accept, however, is that the current conditions in the country are all too obvious to deny. The fault lines have become increasingly too apparent. Choosing to warn those speaking truth to power, instead of seeking solutions, creates the impression that the ruling party is far removed from the experiences of those who elected them into office.

Certainly, a dialogue of the deaf cannot be a panacea to the ever-widening division in the country. The presidency cannot continue to speak and listen to itself!

Related Topics:BuhariQuickReadRotimi Akeredolu
Up Next

Voters decide, as Akeredolu, Jegede, Ajayi slug it out in guber election