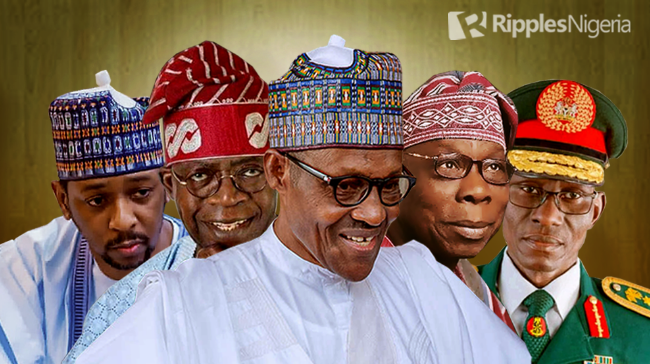 President Muhammadu Buhari last week signed the Electoral Act with a demand to the National Assembly to amend the contentious Section 84 (12) of the document.

The section requires political office holders to resign their appointments at least three months to their parties primaries and conventions.

This and four other stories we tracked made the front pages of newspapers last week.

The President in his address during the signing of the Electoral Act at the Presidential Villa, Abuja, on February 25, argued that, “Section 84 (12) constitutes a disenfranchisement of serving political office holders from voting or being voted for at Conventions or Congresses of any political party, for the purpose of the nomination of candidates for any election in cases where it holds earlier than 30 days to the National Election.”

Why it matters
The President’s arguments simply suggest that though the 2022 Electoral Act provides a clearer roadmap for the conduct of elections in the country, it remains an unfinished business.

Expected ahead are guess works as to how federal legislators will address Buhari’s request. Given their antecedents, though, it is likely that they would yank off the perceived troublesome portion.

But where that fails, the Supreme Court holds the ultimate right of interpretation for politicians who may feel injured by provisions of the amended law.

The Chief of Defence Staff, Lt. Gen. Lucky Irabor, on February 23 warned Nigerian politicians against tempting the military to stage a coup in the country.

Irabor, who made the call at a virtual media briefing in Abuja, said: “The leadership of the Nigerian armed forces is imploring politicians to leave us alone, do not mix us up with issues that have to do with politics. They should not use political inclinations and persuasions to want to lure anybody from the armed forces into the idea of having to undertake coups and all.”

Why it matters
The CDS’ remarks, coming after similar comments in the past, may suggest some disquiet in the military.

While it illustrates Nigeria military’s commitment to defending democracy, it, however, raises posers as to why the institution is fighting shy of mentioning names in order to put a closure to such undemocratic behaviours.

Until firm steps are taken, the public may continue to wallow in the assumption that the military is simply blowing hot air.

READ ALSO: QuickRead: Kyari’s drug travails. Four other stories we tracked and why they matter

Former President Olusegun Obasanjo on February 21 raised the alarm over the threat posed by the huge number of out-of-school children to the country’s security.

The ex-President, who made the call at the 2022 Murtala Muhammed Foundation annual lecture in Abuja, said: “It didn’t matter how the country dealt with Boko Haram, banditry and kidnapping – either by stick or by carrot approach – those 15 million children that should be in school, but are not in school are the potential Boko Haram of 10-15 years from now.”

Why it matters
Obasanjo’s remark casts further light on the government’s failure to address the problem associated with school enrolment in the country.

While the challenge persists, it can be safely assumed that the large army of children who are currently out of school would become willing tools in the hands of desperate politicians and extremist groups as seen with Boko Haram and ISWAP in the North-East.

The acclaimed National Leader of the All Progressives Congress (APC), Bola Ahmed Tinubu, took his 2023 presidential ambition another notch when he threatened to fight dirty in order to achieve his dream.

Tinubu, who addressed journalists during his visit to the Alaafin of Oyo, Oba Lamidi Adeyemi, said: “No amount of intimidation can stop me. I am ready to get dirty. I am out to become President of Nigeria. We are at the crossroads.”

Why it matters
The ex-governor’s remark raises concerns that the 2023 presidential race will be a battle of wits with all involved throwing caution to the wind in a bid to achieve their set goal.

Nobody will be surprised if negative campaigns, and ugly rhetorics never seen before in the history of the Nigerian democratic journey, characterise the 2023 election process.

The Zamfara State House of Assembly on February 23 impeached the state deputy governor, Mahdi Aliyu-Gusau, over alleged gross misconduct and abuse of office.

Aliyu-Gusau’s removal from office came after a probe panel set up by the House turned in its report indicting him.

“The Deputy Governor had been served with all the necessary Processes/Notice through electronic means including his verified email and WhatsApp platform,” Secretary of the panel, Sani Tsafe, said while presenting the report to the House.

Why it matters
The impeachment of the Zamfara State Deputy Governor clearly symbolizes all that is wrong with the Nigerian political class; from intolerance to dangerous intrigues that are purposely designed to fuel greed and narrow political interests.

Indeed, the speed at which Aliyu-Gusau was removed from office shows how a previously close relationship can be easily discarded for attainment of political goals.

QUICKREAD: Kyari’s planned extradition to the US. Four other stories we tracked and why they matter

QuickRead: Kyari’s drug travails. Four other stories we tracked and why they matter