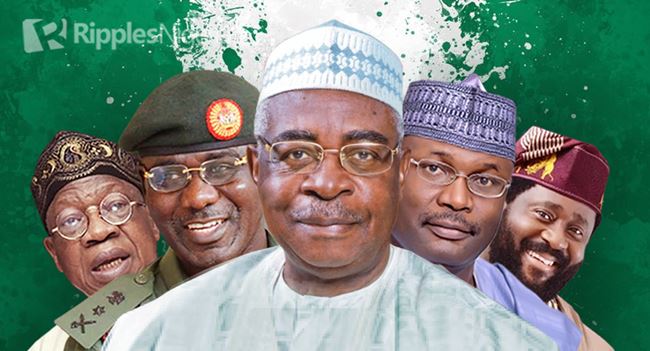 The aftermath of the #EndSARS protests remained the central issue of national discourse as the week wore off.

Among these were Desmond Elliot’s self-inflicted wahala and later apology to Nigerian youths for talking down on them; and the revelation by the Nigerian Army that its troops were at Lekki tollgate in Lagos to disperse the peaceful and unarmed protesters.

These and three other stories made our pick for special review. We examine, as usual, their implications for national development. 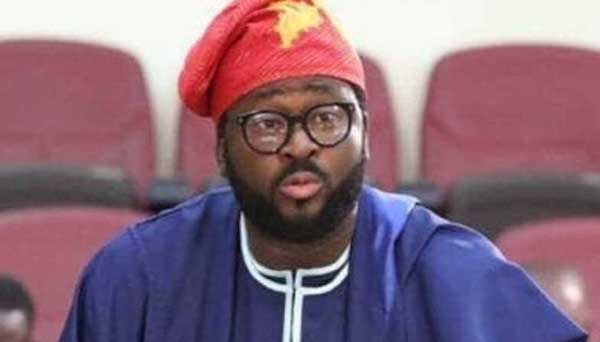 A member of the Lagos State House of Assembly, Desmond Elliot, on Thursday, October 29, begged Nigerian youths to forgive him for addressing them as “children”. He said, “My emotions got the better of me and for this I apologize to everyone my earlier statements may have hurt.”

Drumming on the need for social media regulation, the actor-turned-politician had, at a recent plenary of the house, called out the youth for condemning the shooting of #EndSARS protesters by soldiers in the Lekki area of Lagos saying, “when I went through comments (on social media) I couldn’t believe it; curses, the abuses from children and I ask myself, is this Nigeria?”

It is well within Elliot’s right to express displeasure at perceived uncouth language used by some youths on social media. Speaking condescendingly, however, showed lack of tact and it is good that he realized his folly shortly after.

Elliot’s case presents a disturbing picture of most Nigerian politicians who often see their electors as conquered beings who can be suppressed at will.

But more importantly, the discomfort expressed by the Lagos lawmaker about the power of social media must be further decoded. Even with the recant, It is to be noted that Elliot’s outburst was not an isolated event. He joins Minister Lai Mohammed of the ruling All Progressives Congress (APC) in proposing the regulation of that media space.

Nigerians must, therefore, not be totally sold to the apologies but brace up to a coordinated move by the political class to rein in unfettered access to social media.

After initial denial, the army on Tuesday, October 27 finally admitted that the troops of the 81 Division of the Nigerian Army, Lagos, were at the Lekki tollgate following an invitation by the government to enforce the curfew imposed on the State.

The Acting Deputy Director, Army Public Relations, 81 Division, Maj. Osoba Olaniyi, who disclosed this in a statement, however, denied that soldiers shot at the protesters, adding that the personnel acted within “the confines of the Rules of Engagement for Internal Security operations.”

Nigerian Army’s vacillations over its involvement in the Lekki shootings, amid overwhelming evidence, is a clear attempt to pool wool over the citizens, and does present a huge dent on its already battered image. The army may have ignobly abandoned its integrity on the altar of propaganda.

Given the abuse the Nigerian state has often subjected its military to, it is doubtful if the Judicial Panel of Inquiry instituted by the Lagos State government would enjoy a meaningful level of transparency to deliver on its mandate.

It may, therefore, amount to building castles in the air to vouch for the integrity of the panel’s report, even as Governor Babajide Sanwo-Olu who set up the inquiry is adjudged an interested party for also vacillating on the Lekki shootings.

President Muhammadu Buhari on Tuesday, October 27, re-appointed Professor Mahmood Yakubu as the chairman of the Independent National Electoral Commission (INEC) for a second term in office.

In a letter to President of the Senate, Ahmad Lawan, Buhari had said “In accordance with the provision of Section 154 (1) of the Constitution of the Federal Republic of Nigeria, 1999 (as amended), I am pleased to present for confirmation by the Senate, the nomination of Professor Mahmood Yakubu for appointment as chairman, Independent National Electoral Commission (INEC) for a second and final term.”

Yakubu’s imminent return as INEC boss is constitutional. But, the question is, has he done well enough to deserve another term as the chairman of the nation’s electoral body?

After the inconclusive polls that characterised his early days as INEC boss, and heightened electoral irregularities, the improvements recorded during the recent Edo and Ondo governorship elections seem to have given Yakubu some credibility.

If his second term appointment gets Senate approval, Yakubu will owe Nigeria the onerous task of ensuring a paradigm shift that will have the country fully adopt technology as a solution to the management of its electoral processes.

And with most countries of the world adjusting to a culture of the new-normal, Yakubu may do well to lead the clamour by all stakeholders to pressure President Buhari to endorse the amended Electoral Reform Act without which Nigeria cannot fully embrace electronic voting.

The Minister of Information and Culture, Lai Mohammed, on Tuesday, October 27, when he appeared before the House of Representatives Committee on Finance to defend the ministry’s 2021 budget proposal, insisted that the Nigerian government must regulate activities on social media in order to save the country from chaos.

The minister, who warned that Nigeria was sitting on a keg of gunpowder, if the issue of fake news was not urgently addressed, however, said that the government was not seeking to shut down social media space in the country because it has come to stay.

Despite its claim that the move is meant to address the vexed issues of fake news and its dangers, government’s insistence on checkmating activities on social media still sounds suspicious to many. To say that this administration is jittery over the rising voices of dissent, especially with the recent EndSARS protests, is to repeat the obvious.

While government’s move to battle the incidence of fake news cannot be begrudged, the body language of the ruling elite should be seen as an invitation to citizens to be on the alert to fight off any move to suppress freedom of speech.

A government with serious trust issues should do well to consult widely and also clearly define what constitutes fake news and not to use the move as a plot to clampdown on people who condemn wrong actions and policies of the government. 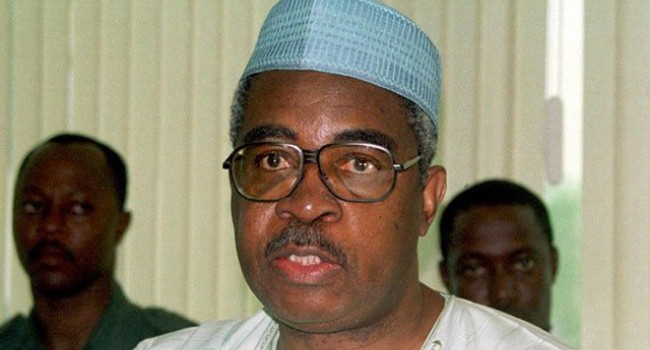 The National Christian Elders Forum (NCEF), piloted by a former Minister of Defence, Gen. Theophilus Danjuma (retd.) and other statesmen, in a recent resolution which was made public on Monday, October 26, said that Nigeria was ripe to be renegotiated because the unjust and sectional political structure left behind by the British colonialists was no longer sustainable.

The group, which stated this in response to the EndSARS protests and its aftermath, added that the political imbalance in the country has produced nothing but sorrow, poverty, and death for Nigerians.

Danjuma and his group simply reinforce the cries of many Nigerians demanding the restructuring of the country.

With the level of support the EndSARS protests enjoyed, and daily threats facing the country’s sovereignty, it is clear certain things are fundamentally wrong with Nigeria as presently constituted.

How the quest for a restructuring of the federation tallies with the more radical agenda being pursued by the younger generation will be a matter for national discourse in the days and months ahead.

Nigeria may yet see a clash of ideas between its dominant demographics which will redefine social contacts and, perhaps, see the birth of a new nation.

This is premised on the desire of the younger generation to abandon the pursuits of primordial sentiments such as ethnicity, religion and nepotism for the unifying elements of excellence and merit.