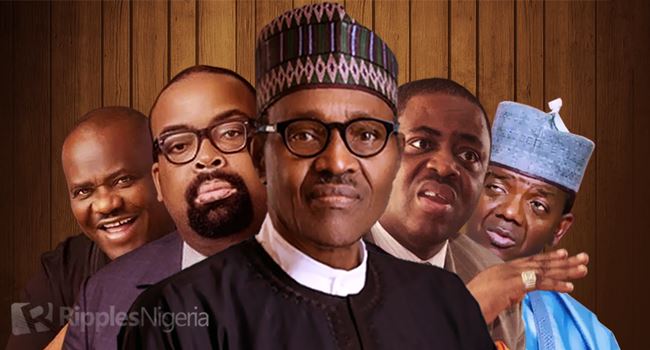 It is difficult to miss out on how former Aviation Minister, Femi Fani-Kayode, and Governor Nyesom Wike of Rivers State, cast themselves on the political scene with ignoble conducts last week.

Both stories form the fulcrum of our review which includes three other major developments within Nigeria’s media space in the week gone by.

The import of these stories, many agree, are better appreciated when given more than a cursory glance. Enjoy!

A former Minister of Aviation, Femi Fani-Kayode, shamelessly betrayed his emotions on August 20 when, in the course of a press conference in Calabar, Cross River State, he found himself pitched against a journalist, Eyo Charles of Daily Trust.

Charles had requested the former minister to explain who was bankrolling his tour of some states especially those controlled by his party, the Peoples Democratic Party (PDP).

Unable to put his emotions in check, Fani-Kayode rained insult on the journalist saying, “What type of stupid question is that? Bankrolling who? Do you know who you are talking to? … I could see from your face, before you got here, how stupid you are.

“Don’t ever talk to me like that. You have a small mind. Don’t judge me by your own standards… I have been persecuted unlike most of the politicians you follow for brown envelope… Don’t ever try that with me again. I have a short fuse. You’re very stupid!”

Though Fani-Kayode has since apologized for his ignoble act, his unguarded utterances speak to how the average Nigerian politician weighs in when challenged with issues of transparency and accountability. They either recoil shamelessly or find reasons to muddle the conversation like the former Aviation Minister had done.

The Calabar incident also deepens the call for the media to relentlessly defend its watchdog role, and not succumb to intimidation and blackmail by people who have access to power.

Further more, it brings to the fore the vexed issue of ‘brown envelop’ journalism, an ethical challenge for some media practitioners who have thrown integrity to the dogs in the discharge of their duties.

On Wednesday, August 25, Governor Nyesom Wike once again dashed out 15 Land Cruiser Prado VX and TXL jeeps to members of the National Assembly from Rivers State, saying that the gesture would ease movement of the legislators and “enable them to discharge their legislative duties effectively.”

That was the second time the governor, within weeks, indulged in car gifting extravaganza. He had also on August 3, 2020, dashed out cars to judges in the state, saying during the event that “there should be no more excuses for corruption and indolence in job performance among our judges with the level of incentives and entitlements we are providing.”

If Governor Wike’s car gifts were unsolicited, then his gesture can best be described as a misplaced priority in the face of other competing needs. Even if solicited, the ‘show of love’ cannot be justified by the fact that the said federal lawmakers, and even the judges in the state, could hardly be said to be in dire need of cars.

Perhaps, the only plausible excuse for Wike’s reckless spending, and frittering of meager resources, can be seen in his flirtatious move to court some politicians and secure his political structure ahead of 2023 general polls.

On Tuesday, August 25, President Muhammadu Buhari, amid apparent failure to fulfil promises he made Nigerians some five years ago, further listed nine priority areas in which his administration would improve the livelihood of citizens before the expiration of his tenure in three years time.

Buhari, who spoke when he received Letters of Credence from Ambassadors/High commissioners of eight countries at the State House, assured Nigerians and the international community that he would among other things, “Build a thriving and sustainable economy; Enhance social inclusion and reduce poverty; Enlarge agricultural output for food security and export; attain energy sufficiency in power and petroleum products and expand transport and other infrastructural development.”

The ‘newest’ promises by President Buhari can best be described as a rehash. They do not significantly depart from the many others that have been mouthed severally by him or his cabinet members.

While his three cardinal promises on corruption, economy and security remain unresolved, the failure to propose timelines for the execution of these promises leaves even more room for doubts.

So, rather than dish out fresh promises, Mr President should remind himself of earlier undelivered deliverables and make haste to accomplish them.

Arms for gold in Matawalle’s Zamfara

Zamfara State Governor, Bello Matawalle, on Monday, August 24 alerted President Buhari and Nigerians on the invasion of the state by illegal gold merchants.

The governor, who spoke to State House correspondents shortly after a meeting with Buhari at the Presidential Villa said, “It is very important to us as a government, particularly on the issue of insecurity, to know the cause of insecurity.

“Zamfara State is blessed with many mineral resources and some people outside the country come in to buy gold and other precious stones and sometimes, instead of paying people, they pay with arms. I did some investigations. So, the state government will be buying some of these minerals from the miners so that we can block that chain.”

Matawalle’s revelation paints a sordid picture of how the Nigerian government is laying bare its borders and further surrendering its sovereignty to brigands.

The governor’s outcry is, indeed, a show of helplessness indicating a major failure of governance.

The other lesson to draw from Matawalle’s exposition is the evident dysfunction in the system that creates the impression that while some mineral resources, like crude oil, are being exploited and treated as a national asset, some others, like gold, are left for looters or made the exclusive gain of the endowed state.

The Zamfara conundrum, therefore, raises a fundamental question. What are the constitutional provisions regarding Zamfara’s gold deposits? Is the management of these precious stones the exclusive preserve of the Nigerian government or an item on the concurrent list? Answers to these questions may shape future conversations in the days ahead.

Lawyers of northern extraction, who claim to be of like minds, on Friday, August 28, said they had formed a ‘New Nigerian Bar Association’ with the aim of protecting their interests as encapsulated under Section 40 of the Constitution.

The move, which came after the Nigerian Bar Association (NBA) disinvited Kaduna State Governor Nasir El-Rufai from its 2020 Annual General Conference (AGC), was conveyed via a statement issued by Barr Nuhu Ibrahim, Esq and Abdulbasit Suleiman, Esq, who both noted that recent events had exposed the inability of the national NBA to manage and contain the heterogeneity of its members as well as their various interests.

The development in the NBA shows how dangerously the country’s fault lines continue to widen.

The action of the northern chapters of Jigawa, Bauchi, the Muslim Lawyers Association of Nigeria (Kaduna), the Supreme Council For Shari’ah in Nigeria (SCSN), who are championing the move, demonstrates how ethno-religious interests are rising to become a dominant factor in the contestation for power.

As the fault lines become too apparent, the country’s capacity to walk the path of a truly united nation diminishes, with the concomitant threat to national disintegration.

Money has become the god of many church leaders —CAN President