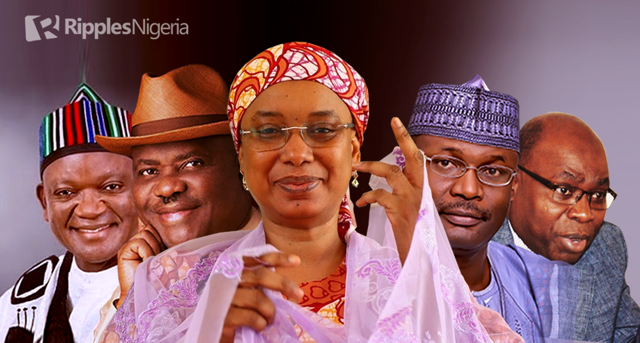 On January 13, the ICPC presented its scorecard on the MDAs, including the Ministry of Justice and the Police Service Commission (PSC).

In the evaluation, the justice ministry got 18.95 percent while the PSC scored 15.78 percent to finish in the bottom 10. The ICPC chairman, Prof. Bolaji Owasanoye, who spoke on the development, said: “Failure of these MDAs to respond to simple demands and requests by regulatory agencies for reviews or tools to improve their operational practices and systems denotes the practices that are prevalent in our society.”

The ICPC report points to the culture of impunity in virtually all public institutions in the country.

The reluctance of the MDAs to subject themselves to inquiries from regulatory agencies may not be unrelated to attempts by officials in these agencies to cover up fraud, malfeasance, and other sharp practices.

It is, indeed, a sad reminder of the true state of the larger Nigerian society where moral decadence has become the new normal and right values eroded.

The governor stated this when he flagged off construction work at the Elele internal roads in the Ikwerre Local Government Area of the state.

“I will use this budget to test you whether you will sit with your management to allow this N500 billion to be siphoned to private pockets. I will use this one to test the Chairman of NDDC, our sister, Onochie.”

Wike’s comment speaks to the magnitude of corruption in the interventionist agency in the last 22 years.

It is rather surprising that nothing has been done about the well-publicised NDDC forensic audit almost two years after the completion of the exercise despite President Muhammadu Buhari’s vow to recover every penny stolen from the commission.

The government’s silence on the forensic audit and several promises without appropriate and timely actions clearly show that the current administration lacks the will to address the rot in NDDC which has become a cash cow for politicians in the oil-rich Niger Delta.

The Chairman of the Independent National Electoral Commission (INEC), Prof. Mahmood Yakubu, on January 9 expressed fear over the conduct of next month’s elections in some parts of the country over insecurity.

Yakubu, who spoke at the validation of election security training resources held in Abuja, said the elections might be postponed or outrightly cancelled if the insecurity persists.

He said: “if the insecurity is not monitored and dealt with decisively, it could ultimately culminate in the cancellation and/or postponement of elections in sufficient constituencies to hinder declaration of election results and precipitate a constitutional crisis.”

Although the commission has made a volte-face on the matter, the development did not take away the uncertainty surrounding the elections over insecurity.

READ ALSO:QuickRead: Okupe’s conviction for money laundering. Four other stories we tracked and why they matter

This, again, illustrates the threats posed by non-state actors who are becoming more formidable and unrelenting in their onslaught against the state.

The government should rise beyond its usual rhetoric and steady the country’s ship by stopping the criminals from foisting the reign of terror in the land.

The Adamawa State government and the All Progressives Congress (APC) governorship candidate in the state, Aisha Ahmed popularly called Binani disagreed on January 8 over the use of Mahmud Ribadu Square for the party’s campaign rallies.

Binani had accused the state government of denying the party access to the facility for the launch of her governorship campaign.
However, in a statement issued by the Chief of Staff to the governor, Prof. Maxwell Gidado (SAN), the government dismissed the APC candidate’s claim as a blatant lie.

The statement read: “The state APC PPC wrote to us and said the president is coming on Monday, January 9.
“They said they can’t see the president, coming on January 9 and returning back on January 18, so the campaign is likely going to be a joint event and we gave them the venue. Now, the story is that Binani, the APC governorship candidate, is still insisting, she’s not going to allow the president to go into Ribadu Square.”

The disagreement between the Adamawa government and Binani which came a few days after a political economist, Pat Utomi, made a similar complaint against the Labour Party in Lagos again speaks to the culture of political intolerance in the country.
The win-at-all syndrome using all manner of tactics in the book has been the bane of the country’s democracy in the last 24 years.

Ortom, who reacted to claims on the PDP candidate’s endorsement in a statement issued by his Special Adviser on Media and Publicity, Terver Akase, urged Nigerians to disregard the reports.

The statement read: “We read a fictitious online report which claimed that the Benue State Governor, Samuel Ortom, and his colleagues in the G-5 have resolved to work for the presidential candidate of Peoples Democratic Party, PDP, Alhaji Atiku Abubakar, to win the 2023 election.
“The report is not only false but also mischievous as it is targeted at embarrassing the five Governors who have chosen the path of justice, fairness, and equity.”

The Benue governor’s remark suggests that the time is running out for the PDP to put its house in order with just 41 days to the 2023 presidential election.

Although the G-5 has refused to shut the door of reconciliation, Ortom’s statement points to the enormity of the task that lies ahead of the PDP leadership in a bid to lure back the renegade governors to the party in time for the election.

QuickRead: Buhari’s claim on Boko Haram. Four other stories we tracked and why they matter

QuickRead: Furore over Tinubu and G-5 governors meeting. Four other stories we tracked and why they matter