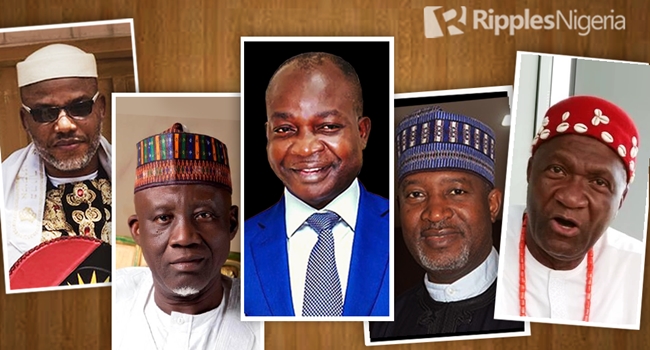 The Federal Executive Council (FEC) last week approved a 20 percent increase in salaries of police officers in the country.

The Minister of Police Affairs, Muhammad Dingyadi, disclosed the development to State House Correspondents at the end of the FEC meeting presided over by President Muhammadu Buhari in Abuja, saying:

“The upward review of the police operatives’ salaries was the outcome of the discussion between the Federal Government and other stakeholders in the country after the #ENDSARS protests of October last year.”

“The increase in salaries will take effect from January 2022,” he added.

The increase in the salaries of policemen may yet signal the federal government’s readiness to kick-start the much expected reform in the Police Force.

What is missing though from public consumption is free knowledge of what currently obtains and whether the percentage change is significant enough to influence a character change in the policing system.

If, as has been speculated, the marginal increase is a response to the demands laid out by the #EndSARS protesters, it means that the latest gesture is only but a drop in the ocean.

Without going the entire mile with reforms, it will be foolhardy to dream a radically reformed police force.

The Academic Staff Union of Universities (ASUU) and its polytechnic counterpart, ASUP last week reaffirmed their intention to embark on an indefinite strike over Federal Government’s failure to honour the agreement signed by the parties.

The ASUU Coordinator in Bauchi Zone, Prof. Lawan Abubakar, who addressed journalists at a press conference in Jos, Plateau State, on December 15 had said: “The Bauchi zone of ASUU feels that the government has been tolerated enough and we cannot continue to entertain its officials who are failing to do the needful for over the years…
“We are, once again, pained to bring these issues to the public domain because more than a year after suspending the 2020 strike, little progress has been made towards implementation.”

The strike notice, again, speaks to the rot within the country’s educational sector where shut downs have become a regular feature, faculties are now centres of brain drain, research takes back seat, and infrastructures have become so decayed that classrooms look like rundown kitchens.

Indeed, another strike should be seen another nail added to the coffin of education in Nigeria.

“UAE says no entry for Nigerian passengers from any airline. Ethiopian just offloaded all passengers heading to Dubai. We are voiding Dubai bound tickets,” a source who was in the know of the development told journalists at Abuja airport.

Read also: QuickRead: Suspense over electoral bill. Four other stories we tracked and why they matter

Diplomatic face-offs are not uncommon but the concessions made by UAE, perhaps, signal the relevance of power politics where nations must stand up to their sovereignty and defend matters that seek to jeopardize their national interest.

The gains from this seeming altercation, therefore, presents a learning curve from which the Nigerian leadership should draw future experiences on how to conduct its economic ties with other countries.

The apex Igbo socio-cultural organization claimed on December 17 that the South-East insecurity was politically orchestrated to deny the region a shot at the presidency in 2023.

The group’s President-General, George Obiozor, who disclosed this to journalists in Owerri, Imo State, said, among others: “Ndigbo believes and seeks Nigeria’s unity but not the unity of slaves and masters.
“Insecurity is a poisoned arrow deliberately fired on the South-East. We in Ohanaeze say categorically that the architects of this mischievous scheme have failed woefully.
“Insecurity will not be an excuse to deny the presidency of Nigeria to the South-East in 2023.”

The Ohanaeze claims are a reminder of the deep cracks or fault lines within the Nigerian federation.

Regrettably, it also speaks to the weaknesses in the country’s current leadership recruitment process that seeks to elevate primordial influences over merit and excellence.

The future might continue to present similar scenarios, even from other federating units, unless justice, equity and fairness are enthroned in the management of national affairs.

The Indigenous People of Biafra (IPOB) on December 17 branded its detained leader, Nnamdi Kanu, “a prisoner of conscience.”

In a statement issued by its spokesman, Emma Powerful, the group said, among others: “Following the extraordinary rendition of Mazi Nnamdi Kanu from Kenya to Nigeria without proper documentation for doing so, and the long incarceration and detention of Mazi Nnamdi Kanu in DSS custody, we the global movement and family of the Indigenous People of Biafra (IPOB) wish to state categorically to the people of the world that Mazi Nnamdi Kanu is now declared Prisoner Of Conscience.”

IPOB’s latest push on their detained leader must be seen as a calculated move to draw global attention and force that community to apply more pressure on the Buhari administration.

Whether the concept of a prisoner of conscience would do the necessary magic and call more attention to Kanu’s travails is a matter of conjecture.

What is significant though is that in matters of political struggle, protagonists usually deploy multi-pronged approaches to pursuing their goals. IPOB’s latest play must be seen in this light.

QuickRead: Buhari on stolen NDDC funds. Four other stories we tracked and why they matter

QuickRead: Suspense over electoral bill. Four other stories we tracked and why they matter