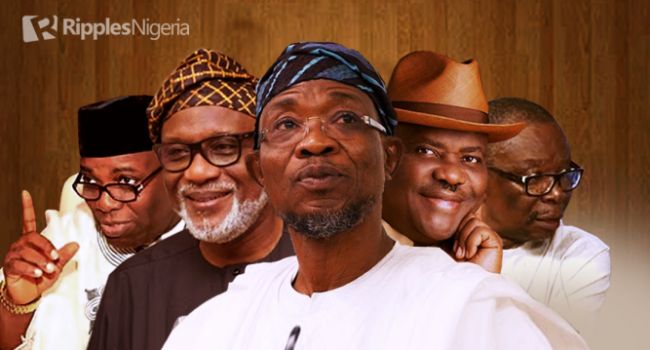 The terrorists on July 5 attacked the correctional centre and freed over 800 inmates, including some members of the Boko Haram insurgents detained in the facility.

“A total of 879 inmates escaped from the facility during the unfortunate attack. As at the time of this report, 443 have been recaptured, 551 inmates are currently in custody, 443 inmates are still at large, 4 inmates dead and 16 inmates sustained various degrees of injuries.”

The raid on the correctional facility which came a few hours after the attack on President Muhammadu Buhari’s advance team to Katsina vividly illustrates the abysmal failure of the country’s security architecture.

The Kuje prison breach and Katsina attack not only have grave implications for national security but also reinforces the assertion that nowhere may be safe in Nigeria.

Given the effortless ease with which the terrorists carried out the heinous activities, there are fears that unless the government comes up with an effective approach to check their threats, and fast too, the minimal success recorded in the counter-insurgency efforts in the last few years will be lost altogether.

The All Progressives Congress (APC) governors on July 8 met with their Rivers State counterpart, Nyesom Wike, in Port-Harcourt ahead of the 2023 general elections.

Although issues discussed at the meeting were not made public, they may not be unconnected with the moves by the party to woo Wike, who is unhappy with the PDP over the party leadership’s handling of the process leading to the selection of the vice-presidential candidate, to its fold.

The Ekiti State governor, Kayode Fayemi, who addressed journalists before the commencement of the meeting, was, however, coy on the reason they were in Port Harcourt.

He said: “We are in Port Harcourt to meet members of the APC in the state but decided to use the opportunity to pay a courtesy call on our colleague, the governor of the state.”

The ongoing move to lure the Rivers State governor who is one of the fiercest critics of President Buhari and APC again confirms the popular notion that past relationships will always take the back seat in the pursuit of personal or collective goals.

It is indeed, an interest-driven game where past relationships no matter how good or bad are quickly jettisoned to achieve an objective.

Read also: QuickRead: Northern Elders’ position on Atiku, Tinubu. Four other stories we tracked and why they matter

It simply means that the ruling party will not mind dining with the devil if that will lead to the extension of its tenancy at the Aso Rock for another four years.

History has shown that nothing is impossible in politics, especially in Nigeria. If a former Minister of Aviation, Femi Fani-Kayode, who once said he would rather die than join the APC, will later defect to the ruling party, nobody will be surprised if Wike visits Aso Rock and raises the broom before the next year’s elections.

The President of the Academic Staff Union of Universities (ASUU), Emmanuel Osodeke, said on July 5 the union would not compromise in its struggle for the improvement of Nigerian universities.

Osodeke had said while speaking on a Channels TV programme, Politics Today, “Our struggle is in the interest of Nigerian children. Go to Ghana or South Africa if you can compare their universities with ours. And we call ourselves the giant of Africa.

“Let the government tell us they have finished testing the UTAS and we have accepted it, then we will call off the strike.

“When will they sign the agreement? When will they accept UTAS? Those are the two questions we should ask the Nigerian government.”

The reluctance of ASUU to suspend its strike action despite Federal Government’s pressures suggests the union’s lack of trust in the government to stand by its promises.

The back and forth that has characterised the negotiations between both parties have cast doubts on the integrity of the Buhari leadership to honour agreements freely signed with workers’ unions in the country.

The lip service the government pays to knowledge acquisition will not only spell doom for the country’s education system but also expose the students, who are the unfortunate victims of the strike, to social vices while the authorities fix their focus on preparations for the 2023 general elections.

The Ondo State Governor, Rotimi Akeredolu, on July 4 renewed the call for state police as the ultimate solution to the country’s security challenges.

Akeredolu speaking on a Channels Television programme, Politics Today dismissed reports on the arrest of some suspected attackers of St. Francis Catholic Church in Owo local government area of the state.

The governor’s remark reinforces the call for a new approach to the country’s security challenges following the recent attacks by terrorists and other criminals across the country.

It also calls for the quick resolution of the unfinished discussion on restructuring of the country which demands an honest dialogue between and among its various entities.

Such conversation will not only redefine the workings of the perceived faulty structures but also relieve the burden on the overstretched federal police in favour of a state policing system that can quickly detect and nip in the bud any emerging crime before it grows.

Okupe had said while speaking on national television: “Let me say categorically here that the alliance between the Labour Party and NNPP is dead and buried. We have moved beyond the discussion.
“We are not factoring in the All Progressives Congress and Peoples Democratic Party (PDP) in 2023 because the two parties have lost relevance and they will self-destruct.”

Okupe’s statement confirms, once again, that the quest for power grab is largely defined by individual or group interests.

The talks broke down due mainly to narrow group differences and the inability of the two individuals behind the proposed alliance to put aside their ego.

The two parties might be the ultimate losers in the end as the development may effectively reduce their chances of mounting a serious challenge in 2023 despite the growing popularity of the LP presidential candidate, Peter Obi.

QuickRead: APC Muslim-Muslim ticket. Four other stories we tracked and why they matter

QuickRead: Northern Elders’ position on Atiku, Tinubu. Four other stories we tracked and why they matter