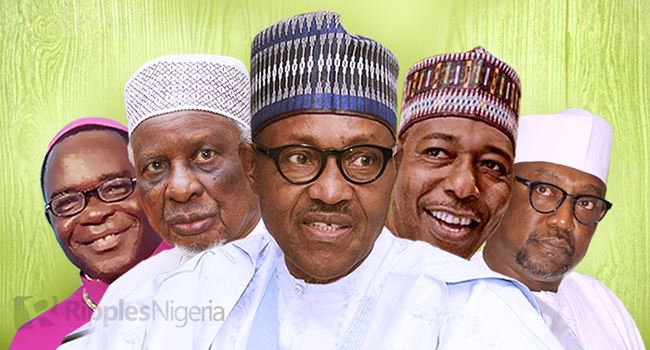 The early days of 2021 continue to witness interesting and attention-catching political developments.

In this week’s QuickRead, we consider the bombshell by the Catholic Bishop of Sokoto Diocese, Matthew Hassan Kukah, on Nigeria being a huge wasteland, and President Muhammadu Buhari’s vow to end the Boko Haram menace this year.

Read through to see three other political events that also caught our attention. Like always, we examine their implications for Nigeria.

The outspoken cleric stated this in his sermon titled, “A nation in search of its soul”, which he delivered during the wake mass for Archbishop Peter Yariyock Jatau, at St. Joseph’s Catholic Cathedral in Kaduna.

He said, among others, “Our nation has become one huge wasteland, huge debris of the deceit, lies, treachery, double-dealing and duplicity. Nigerian politicians have turned our politics into a huge trojan horse, a hoax, a hall of guile and dissimulation.”

Kukah’s bombshell speaks to the challenge of endemic corruption in Nigeria and how a greedy political class have, through avarice, rendered the country comatose.

It also brings to the fore the hypocrisy of the ruling class who hide under the cloak of religion to draw wool over the eyes of citizens while dangerously driving the country towards a failed state.

Indeed, the cleric lays bare the urgent need to fill a leadership vacuum that has caused the country years of economic misery and political woes.

President Buhari on Friday, December 8, assured Nigerians that year 2021 would be a time fir action to end terrorist activities in the country.

Speaking during the Juma’at prayers held as part of activities to mark 2021 Armed Forces Remembrance Day at the National Mosque, Abuja, Buhari, who was represented by the Minister of Defence, Maj. Gen. Magashi Salihi (retd), said that the Boko Haram insurgency “will soon be over.”

He vowed, “This year, we will finish what we are doing; pray for us that we succeed.”

The assurances by Buhari represent another effort by his beleaguered administration to renew hope and possibly lift the sagging morale of the wearied soldiers in the North-East.

Read also: QuickRead: Obasanjo’s admonitions, Buratai’s assurances. Three other stories we tracked and why they matter

As optimistic as the promise sounds, it may be another one bound for failure, especially as the President stubbornly insists on retaining the nation’s security chiefs whose war strategies in the past five years have failed to meet the expectations of citizens.

Also, that the promise came after the Chief of Army Staff, Tukur Buratai, recently said that terrorism would persist in Nigeria for another 20 years, makes the assurances appear more like an empty boast.

The Governor of Niger State, Abubakar Sani Bello, on Wednesday, January 6, hinted that foreigners, especially from Mali and Sudan, were being recruited as bandits in the North through social media.

The governor, who spoke to newsmen at the State House after meeting with President Buhari over rising insecurity in his State said, “In one particular case, we arrested bandits that are foreigners from as far as Sudan and Mali and they came on motorcycles. They are being recruited through social media, through Facebook in some cases. They confessed to this”.

The revelation by Governor Bello provides some clues on why insecurity in most parts of northern Nigeria keeps festering.

It also speaks to the porous state of the country’s borders and why the government continues to fail in its basic responsibility to secure the lives of the citizens and properties.

The hint should serve as a wake-up call to the Nigerian government and all its security apparati to scale up intelligence gathering and ramp up the technology component of the war strategy against rampaging terrorists.

Dean, Borno Elders Forum, Professor Khalifa Dikwa, on Monday, January 4, bemoaned the pitiable insecurity situation in the state, disclosing that aside Maiduguri no other part of Borno is safe from Boko Haram attacks.

Speaking during a television programme, Dikwa said, “From time to time, they ride their motorcycles, come and harass them to pay levies and so on. Outside Maiduguri, not even five kilometres, nobody is safe. And they can strike at any time.”

He added that when Boko Haram terrorists “are not physically present, they are psychologically there, disturbing the people.”

The Borno Elders’ lament over the security situation in the State exposes the lies in the constant claims by the Nigerian government that its security forces are winning the war against terrorism in Borno and other North-East States.

It also goes to support the position of many Nigerians that the security architecture has collapsed in the area of intelligence gathering.

More so, the very frank submissions by the forum reinforces the strident calls for sack of the service chiefs, as well as an honest review of the various claims of poor commitment, inadequate funding, lack of fighting equipment, and shouts of sabotage coming from the war fronts.

And, most importantly, the sordid revelations should act as a trigger for a comprehensive probe of how the several billions poured into the war efforts had been spent.

Following growing clamour by Ndigbo to be preferentially treated in the race for the emergence of the next president of Nigeria in 2023, Alhaji Tanko Yakassai, on Sunday, January 3, said the presidency would not be handed over to the South-East in 2023 on a platter of gold.

Interacting with journalists in Kano State, the elder statesman said, “The presidency has never been given to any zone for free. It always comes through voting. I want the South-East to have the opportunity to produce the President because the South-West had it in Olusegun Obasanjo. The South-South had in Goodluck Jonathan. The North-West had it in Umaru Yar’Adua and again in Muhammadu Buhari. But the seat or ticket has never been given free of charge. You have to work for it.”

Yakassai’s commentaries are pointedly correct. Power is never given!

While the sentiments may weigh heavily in favour of Ndigbo, its crop of political elites appear a bit too disunited, making it pregnable for external forces to determine its course of action.

No where is this more evident than the rancorous developments leading up to the choice of a new President for Ohanaeze Ndigbo.

The other development had the governors of the region and prominent political leaders in the region not agreeing, like was the recent case in Abia, on how the Igbo presidency project can best be approached.

It’s all looking like Ndigbo may be unwittingly shutting the door against themselves unless they come up with a clear roadmap for the 2023 dream.

QuickRead returns next week Sunday. Until then, do enjoy your weekend.

Elders handover Ohanaeze to CAN in move to organise credible election