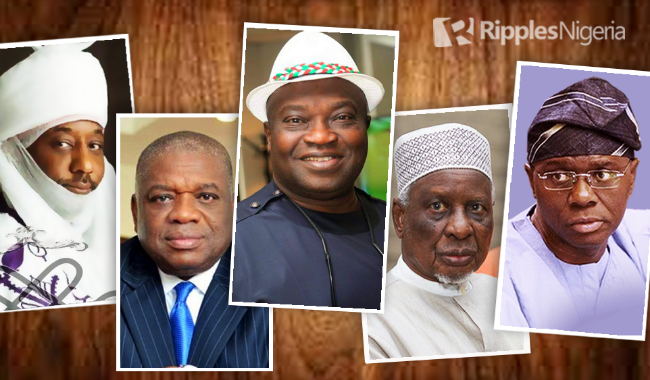 The Lagos State government last week released the much-awaited White Paper on the state judicial panel of inquiry report on the shooting of #ENDSARS protesters at the Lekki toll gate last year.

In the document released on November 30, the government rejected the panel assertion that nine persons were shot dead by the military at the Lekki toll gate, among other reservations expressed.

In the document, the government said: “11 out of the panel’s 32-point recommendations were accepted, six modified and one outrightly rejected.

“14 others which fall outside the state purview will be forwarded to the Federal Government for consideration.”

Why it matters
The outcomes have continued to generate angry debates as some sections of the legal community, led by Femi Falana and Olu Adegboruwa, have faulted the White Paper, tagging it an illegality.

This thus suggests that the document may, indeed, not bring a closure to the pains and bad blood generated by the #Endsars crises. In fact, more trouble brews, with the civic space getting more polarized each day.

Rising political tension should, therefore, be expected in the coming weeks and months within the Lagos axis.

The ex-Attorney General and Commissioner for Justice in Abia State, Umeh Kalu, on December 2 ripped into Governor Okezie Ikpeazu over his poor management of the state’s affairs.

In a letter titled: “State of Abia: Wake-up call on Gov Ikpeazu,” the ex-commissioner listed the failings of the Ikpeazu administration and offered suggestions on how to rescue the state from its numerous challenges.

He said, among others: “Paris Club debt refund has given birth to some Abia billionaires, who are basically bereft of any known qualification in finance or related matters. The only qualification these few persons possess is their affiliation to the seat of power in our state.

“While these few persons drive around in their fleet of exotic cars, thousands of deprived Abians for whom these funds are meant to ameliorate their problems are either dead or living destitute.”

Why it matters
Kalu’s revelation confirms the widespread belief about the leadership problem plaguing the state since 1999.

The courage on display is also a reminder of the fact that there are still a few citizens who, in the face of intimidation, would rise to speak and hold government accountable.

It should not be a surprise, therefore, that other distraught citizens will latch on to this fresh spirit and call out the Ikpeazu administration for its lack of good governance.

The Economic and other Financial Crimes Commision (EFCC) might just be waiting for Ikpeazu at the end of his tenure in 2023.

The meeting is speculated as part of the PDP leadership moves to lure the Senate Chief Whip and other top politicians back to the party they left a few years ago.

The PDP National Secretary, Samuel Anyanwu, who addressed journalists after the meeting, said said: “We let him know the reason why he should move over to our party. We had a good discussion and this is just the beginning.

READ ALSO: QuickRead: Bandits rebranded terrorists. Four other stories we tracked and why they matter

“We are talking about bringing people back to the party because the more the merrier.
“This is a place he started, so you have to leave where you are and go back to where you started.”

Why it matters
If there is a meaning to be attached to the meeting, it is that politics is an interest-driven game. Cross-carpeting by politicians during election windows has been a regular feature in Nigeria, and 2023 will not be an exception.

It is to be expected that the quest by the two major political parties – PDP and All Progressives Congress (APC) – to outwit each other, including poaching of their members, will be intensified as the next national election approaches.

The Federal High Court, Abuja, on November 30 declared the banishment of the deposed Emir of Kano, Sanusi Lamido Sanusi, by the state government as unlawful and unconstitutional.

Justice Anwuli Chikere, who stated in her ruling on the application filed by the deposed monarch, held that the Emirate Council Law, 2019, used by the Kano State government to banish Sanusi was in conflict with the 1999 Constitution of the Federal Republic of Nigeria.
Sanusi was dethroned in February 2020.

Justice Chikere said: The Nigerian Constitution is supreme and any law that is inconsistent with it is therefore null and void.
“The former emir has the right to live anywhere, including Kano State as enshrined in the country’s constitution.”

Why it matters
The court’s ruling further deepens the principle of separation of powers and restates rule of law as the ultimate anchor for sustainable democracy. It also confirms the authority of the country’s constitution over other laws or acts put in place by federating units for whatever reason.

Until the judgment is appealed, it is deemed that the Kano State government’s initial action regarding the dethronement of Emir Sanusi was purely political.

A founding member of the Arewa Consultative Forum (ACF), Tanko Yakasai, on November 30 urged the South-East to reach out to other regions in a bid to get the presidency in 2023.

The elder statesman, who made the call during a television programme said the missing ingredient in the region’s drive to lead the country in 2023, was the dearth of constructive engagement with other zones.

He said: “The quarrel is that this is not something that you just stay at home and think that people will come to your house to dash it to you.
“You have to show interest, you have to be serious, you have to try to convince people that you are really up to the task.”

Why it matters
The elder statesman’s advice has again reignited the argument on the leadership recruitment process in the country where merit constantly takes the back door for primordial sentiments including religious leaning and ethnic consideration.

It is a sad tale that 22 years after the country returned to democratic rule, Nigerians have not moved beyond the compromise arrangement foisted on us by the military in 1998.

QuickRead: Suspense over electoral bill. Four other stories we tracked and why they matter

QuickRead: Bandits rebranded terrorists. Four other stories we tracked and why they matter