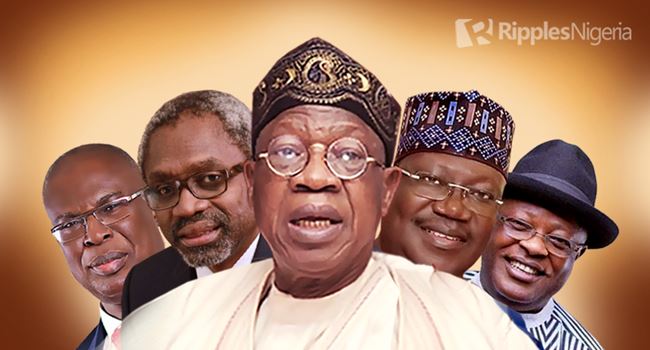 Last week was populated by some intriguing political events that grabbed both local and global attentions.

Prominent among these were the attack by Nigeria’s Minister of Information and Culture, Lai Mohammed, on CNN over its coverage of Lagos #EndSARS shootings, and the challenge thrown to Nigerians by the President of the Senate, Ahmad Lawan.

These and three other stories made our pick. Like always, we examine their implications for national development.

On Thursday, November 19, the Minister of Information, Lai Mohammed, reacted angrily to a report by CNN which claimed that Nigerian soldiers used live ammunitions on unarmed #EndSARS protesters in Lagos, leading to deaths and injuries.

The minister, who spoke at a press conference in Abuja, tagged the CNN report ‘irresponsible journalism’ and called for the news channel to be sanctioned. He also described Obianuju Udeh, popularly known as DJ Switch, who live-streamed on her Instagram page the Lekki shootings, as a ‘fraud and a front for divisive and destructive forces.’

Mohammed further branded the incident ‘a massacre without bodies’, adding that the Nigerian government was satisfied with the conduct of security agencies during the protest.

Nigerian government’s posturing over the CNN report, and other similar features on the Lekki shootings, is a likely indication that it will do anything to force its own narrative on the incident.

Expressing satisfaction with the conduct of its military, and maintaining that nobody was shot, gives the administration away as one that would spare nothing to influence the eventual outcomes of the Judicial Panel of Inquiry set up by the Lagos State government.

It is not unlikely, therefore, that the integrity of the judicial panel will come under strain in the days ahead as it is forced to do the bidding of government and ultimately cast the probe to as an exercise in futility.

The President of the Nigerian Senate, Ahmad Lawan, on Friday, November 20, advised Nigerians to vote out all members of the ninth National Assembly in 2023 if they were not impressed with what they had done since their inauguration last year.

Lawan, who spoke in response to constant talks about Nigerian lawmakers’ jumbo pay, said citizens should appreciate what the National Assembly meant to them, adding that the N128 billion budgeted for the parliament was just one percent of N13.08 trillion proposed in the 2021 budget.

Lawan’s strident defense of the huge resources allocated to cater for Nigerian lawmakers is an indication of the unwillingness of the bunch to make any sacrifices.

It speaks clearly to the fact that they remain insensitive to the yearnings of the public for government to prune the cost of governance in the face of dwindling revenue.

Lawan’s stance depicts selfishness and a failure to appreciate the pains of the citizenry who are daily subjected to naked display of affluence by a group whose commitment to national rebirth is suspect.

His call for non-performing lawmakers to be voted out tastes of mockery as he and his colleagues know that the votes hardly count when desperation by corrupt politicians sets in.

Unless lawmakers show a change of heart, they should expect Nigerians to continue to demand transparency and accountability from the leadership.

Governor Umahi’s action only illustrates the lack of ideology that characterizes politics in Nigeria and how the political class chooses to ride the nation’s laws in pursuit of selfish agenda.

His defection would not be the last to be witnessed, and breaches to the law on party defections will never be successfully prosecuted because all contenders are usually beneficiaries of the anomaly.

What Nigerians should anticipate, however, are the usual bogus claims that these selfish pursuits are in the larger interest of society. So, there will be continuous attempts by politicians to pull the wool over the eyes of unsuspecting Nigerians. A ready example is Umahi claiming that his move was in the interest of Ndigbo!

The Minister of State for Petroleum Resources, Timipre Sylva, on Monday, November 16, in efforts to justify the hike in pump price of petrol from N158 per litre to N168 said there was no reason for people to complain because the product was mostly consumed by the elite in the country.

The statement by Sylva clearly shows the levity with which government sometimes defends its policies or addresses important national issues.

To argue that the poor stands to benefit most from a hike in the price of petroleum products indicates that the Minister is out of tune with reality.

Indeed, Sylva’s blatant lie might be indicative of the fact that the country’s ruling elite hardly deploys scientific data in policy making.

This distortion shows in Nigeria National Petroleum Corporation (NNPC) still playing a dual role of regulator and player at the same time while the Petroleum Equalization Fund (PEF) that offers some players in the system access to subsidy with all its abuses is still operational.

The Speaker, House of Representatives, Femi Gbajabiamila, on Wednesday, November 18, told Nigerians that the federal lawmakers under his leadership would do everything to deliver a policing system that works for all.

The promise made by the speaker at the 9th House Legislative Agenda Public Policy Dialogue Series with the theme ‘Policing and human rights in Nigeria,’ came on the heels of the recent EndSARS protests that saw Nigerian youths call for an end to police brutality and extra-judicial killing of citizens.

Gbajabiamila’s promise sounds politically correct, and is in tune with the mood of the nation.

What he failed to reveal, and which many Nigerians are aware of, is that the move to restructure the Nigeria Police Force has been heavily politicized.

Why is the Nigerian state resisting an honest dialogue of the existing federal structure that concentrates too much power at the centre, which has now become an albatross?

Why bury its head in the sand and pretend all is well when a centrally controlled police force has failed woefully to deliver on internal security?

Has it not become clear that the Federal Government cannot fund and maintain the police?

Beyond vowing to do everything to deliver a policing system that works for all, Gbajabiamila must not be fooled into thinking that Nigerians are not breast of the local politics that make his promises a subject of wild goose chase.

‘Put the past behind you, return to PDP,’ Fayose urges Ondo deputy gov, Ajayi