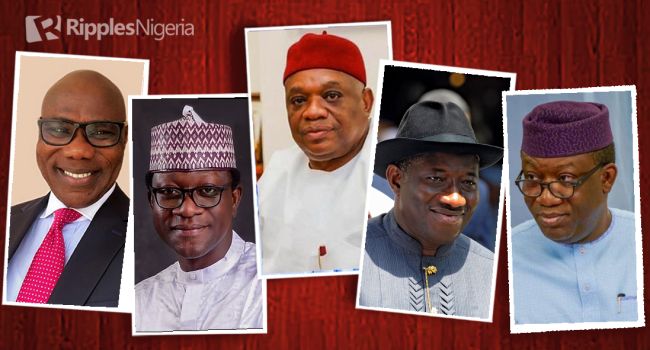 The Peoples Democratic Party (PDP) last week abandoned the zoning arrangement and threw its 2023 presidential ticket open to all the six geopolitical zones in the country.

This and four other stories we tracked dominated national discourse last week.

The PDP, on May 11, resolved to throw its 2023 presidential ticket open to all the six geopolitical zones in the country. The party’s National Publicity Secretary, Debo Ologunagba, confirmed this to journalists at the end of its National Executive Committee (NEC) meeting in Abuja.

He said: “After a very extensive deliberation, NEC aligned with the recommendation of the PDP national zoning committee that the presidential election should now be left open.

“The party should also work towards consensus where possible.”

The move reconfirms that politics is an interest-driven game and further highlights PDP’s strategic positioning to regain power by whatever means possible.

Although the decision may not sit well with those angling for zoning of the ticket to the Southern part of the country, what matters to the opposition party at this time is winning and not zoning.

The PDP body language thus far suggests that the party is relying on the numerical strength of the North to upstage the All Progressives Congress in 2023.

Even if that is true, is it a justification to abandon a principle that has been in place since the party was in power? Only time will tell if the party had taken an accurate decision in its quest to wrest power from APC next year.

A former member of the House of Representatives, Abdulmumin Jibrin, on May 14 explained why he dumped the All Progressives Congress (APC) for the New Nigeria People’s Party (NNPP).

In a statement he personally signed, the former Director-General of Bola Tinubu 2023 Campaign Support Team said he had no problem with the ex-Lagos State governor but with Governor Abdullahi Ganduje of Kano State.

He said: “In my twenty-three years of postgraduate experience, the last seven years were my most unremarkable, so much so that my long-established career almost reached a point of utter implosion.

“The horrifying disappointments of my past seven years revolved around this character who’s determined to destroy anybody that activates his glaring inferiority complex. His sadistic instincts make him quite a frightening ally, so much that he feels the need to treat his allies as the marginalized black Africans in apartheid-era South Africa to feel a sense of superiority and misguided advantage. I dedicated everything to the political interests of this man, but he kept asking for more. This circus became too embarrassing that I had to take a step back for soul-searching to redeem myself. There’s a difference between service for the common good and a quest to be worshipped by one’s allies. We must never confuse loyalty with slavery.”

The ex-lawmaker’s switch and other high profile defections from APC in Kano State in the last few days show that all is not well with the party in the state, with just nine months to the next general elections.

This, therefore, reinforces the call for the strengthening of internal dispute mechanisms by parties to handle disputes among members and prevent such from snowballing into a major crisis.

Unless the APC national leadership quickly steps in and addresses the situation, the party may become polarised over the poor handling of its affairs or the overbearing attitude of some leaders and this may sound a death knell on the party’s chances at federal and state levels in next year’s election.

The Senate Chief Whip, Orji Kalu, said on May 14 that at least nine All Progressives Congress (APC) presidential aspirants would step down from the presidential race for the Senate President, Ahmad Lawan, in the coming days.

Read also: QuickRead: Buhari’s warning on 2023 polls. Four other stories we tracked and why they matter

He said: “Lawan’s candidature will rock like a hurricane.

“The issue of the APC presidential candidate will be settled even before the primaries.

“As I am talking to you, about nine presidential aspirants from our party have intimated to me of their plans to drop their presidential ambition to support Ahmad Lawan.

“Does that not signify victory before the election? Lawan’s candidature will rock like a hurricane.

“Lawan is from the North-East and has similar sympathy with the South-East that is yet to produce the country’s president.”

Again, we dare say that politics is an interest-driven game. Withdrawal of aspirants on the eve of elections is not a new phenomenon in politics, especially in Nigeria where the game is about patronage.

More of such is expected in the days ahead as the elections approach. It, therefore, behoves on Nigerians to be mindful of the political undercurrents and not be swayed by rhetorics but be guided by the deft moves of each player.

4. On Jonathan’s switch to APC

The rumours on former President Goodluck Jonathan’s switch to the Peoples Democratic Party (APC) refused to go away throughout last week with a source close to the ex-President confirming that he has formally joined the ruling party in Bayelsa State.

He said: “Former Vice President Jonathan has formally joined the APC after registering for the party at his Otuoke Ward in Bayelsa State.
“Several bigwigs of the party have also been calling Jonathan to pledge their loyalty and support to the former president.”

The reports linking the ex-President to the APC show that politics is an interesting game, particularly in Nigeria where there are no permanent friends or permanent enemies but only permanent interests.

It baffles the mind that this same man that has suddenly become the beautiful bride, courted by everybody today, was a subject of ridicule and associated with almost everything that went wrong in Nigeria a few years back.

The constant twist of events where erstwhile close friends can quickly become deadly foes, and sworn enemies transform into strong allies within the twinkle of an eye make politics a poisoned chalice for the principled in society.

The Ekiti State Governor, Kayode Fayemi, on May 12 called for the recruitment of more security personnel to help in the fight against insecurity.

Fayemi, who stated this during a meeting with the All Progressives Congress (APC) delegates from Gombe State, said: “The current number of security personnel in Nigeria was inadequate, and cannot match up with the country’s demands.”

The governor’s remark illustrates the need for the Federal Government to devise every means possible to tackle the security challenges in the country.

It also reinforces the call for the government to take another look at the clamour for state police in order to relieve the burden on the overstretched federal police.

QuickRead: El-Rufai’s alarm on Boko Haram terrorists. Four other stories we tracked and why they matter

QuickRead: Buhari’s warning on 2023 polls. Four other stories we tracked and why they matter