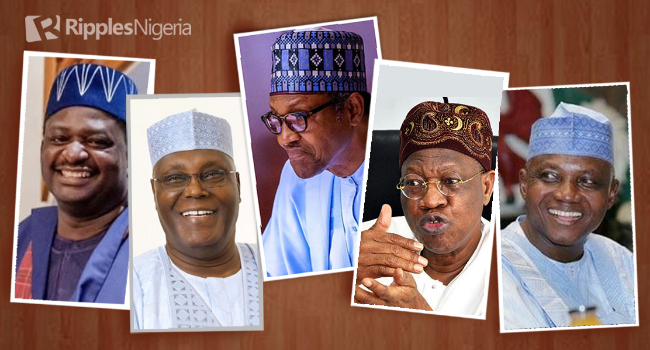 However, the after effects of the Act, meant to provide legal, governance, regulatory and fiscal framework for the Nigerian petroleum industry and the development of host communities, seem to have pitted oil producing communities and the Federal Government on opposite paths as the 3% operating expenditure allocated to host communities has continued to be a bone of contention.

We tracked these and three other stories that got Nigerians talking over the past week.

On August 16, President Muhammadu Buhari, signed into law the Petroleum Industry Bill (PIB) after more than 20 years of sitting in the National Assembly.

Reveling on the great feat, Buhari’s spokesperson, Femi Adesina, said in a statement:
“The President assented to the Bill Monday August 16, in his determination to fulfill his constitutional duty. The ceremonial part of the new legislation will be done on Wednesday, after the days of mandatory isolation would have been fulfilled.”

Why it matters
Despite the anticipated gains of transparency and accountability in the petroleum industry, the outrage emanating from the Act, especially from leaders in the Niger Delta region over the allocation of 3% to the host communities, has once again shown the disconnect and mistrust between the central government and other federating units.

It, therefore, speaks to the need for a long term view of the Nigerian project and how to build greater stakeholder mentality through a fundamental restructuring of the system to accommodate fiscal federalism.

2. Atiku’s hat in the ring again

On August 20, insinuations were rife that former Vice President and perennial presidential candidate, Atiku Abubakar, would, once again, vie for the Nigerian presidency in 2023.

In a leaked memo dated June 29, 2021, Atiku expressed gratitude to members of PDP for their role in the 2019 elections and urged the party to gear up for the 2023 elections.

“It is with utmost respect that I convey to you, my deep appreciation and profound gratitude for the overwhelming support and massive electoral votes cast to support our party, the People’s Democratic Party (PDP), and my candidature for the President of the Federal Republic of Nigeria during the 2019 general elections. Now, we are better equipped, and all our compatriots must team up today towards a new political and economic order that should radically reinvent our beloved country,” he said among others.

Why it matters
Speculations around Atiku’s purported aspirations ahead of 2023 is a signal that the country’s main opposition party may take no heed of the unanimous decision by governors from the southern part of Nigeria to demand that power be returned to the south after President Buhari exits power in 2023.

Though it also shows Atiku as a man of conviction who would not give up on his ambitions, it also portrays him as greedy, one who would, for all selfish reasons, refuse to yield to popular sentiments in pursuit of nation building, peace and stability.

On August 20, Special Adviser on Media and Publicity to President Buhari, Femi Adesina, described his principal as the Messiah Nigerians were waiting for.

“President Buhari has done what Napoleon couldn’t do. The Bill had defied Obasanjo who introduced it, got the better of Yar’Adua (God rest his soul), worsted Jonathan, but has finally been subdued by Buhari. The President has proven to be adept at concluding things that had long trounced and vanquished many leaders before him.”

Why it matters
The basic thing to note, first, is that Femi Adesina is paid to celebrate his principal. To do otherwise is to risk his employment.

However, the praise-sing amounts to an undeserved hype given the legion of unresolved challenges and the poor attempt at delivering on the essential promises of the administration.

The economy is not only wobbly, the reign of bandits and terrorists have pushed most parts of the northern region into near anarchy and placed the country on the part of a failed state.

Unless the majority of citizens experience a positive shift, the government posturing would only amount to mere pontifications.

READ ALSO: QuickRead: Buhari’s ‘robust response’ to insecurity. Four other stories we tracked and why they matter

“President Buhari travelling abroad for medical care does not mean the Nigeria’s health sector is that bad. He is not the only Head of State that have gone abroad for treatment.”

Why it matters
During his campaign in the run-up to the 2015 election, Buhari pledged to put an end to medical tourism but he has undergone more medical trips than any leader in Nigeria’s recent history.

This has continued to raise serious moral questions, and no matter how the Presidency wants to sugar-coat the narrative, it still goes to show that the President prefers wasting tax payers’ money in taking care of himself instead of fixing a problematic and dilapidated health care system in the country.

The recent medical trip by Buhari to the UK, coming at a time resident doctors in Nigeria had embarked on a strike to press home their demand for a better welfare package, has once again, reinforced the need for Nigerians to question what has become of the reported N6.2bn budgeted for the State House Medical Centre from 2016 to date, and the huge funds earmarked year-on-year for the health sector in the budgets.

On August 20, the President stoked another ember when he approved a review of 368 grazing reserves across 25 states in the country.

His Senior Special Assistant on Media and Publicity, Garba Shehu, who disclosed this in a statement in Abuja, said the review would determine the levels of encroachment on the grazing reserves.

“The committee had recommended the collection of field data on 368 Grazing Reserves across 25 states to assess encroachment and encroachers, stakeholder engagements, and sensitization, ” he said, among others.

Why it matters
The insistence of the federal government to turn a blind eye to strong opposition from the federating units, in the matter of grazing reserves, suggests visible gaps in the the constitution which must be addressed as a matter of urgency.

And, unless the law is properly interpreted, the Nigerian government may deliberately be sowing the seed for heightened tension and frequent clashes between nomadic pastoralists and indigenous farmers in different states in the country.

That the President is insistent on pursing a disputed course of action without much care for reservations expressed by other stakeholders raises concerns that he is probably doing so for perceived ethnic considerations.

QuickRead: Adesina’s sweeping insult on Nigerians. Four other stories we tracked and why they matter

QuickRead: Buhari’s ‘robust response’ to insecurity. Four other stories we tracked and why they matter