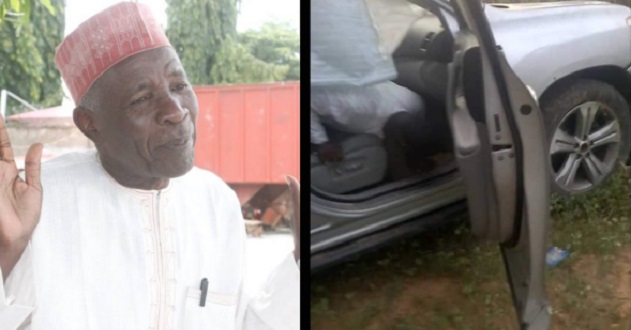 Chairman of the Reformed All Progressives Congress (r-APC), Buba Galadima, was Monday involved in a ghastly motor accident along Hadeija-Kano Road on Monday.

Galadima was said to be returning from Yobe State where he went to condole with his brother who lost his daughter, when the accident occurred.

He was in the company of his son, Sadiq Galadimma, a relative Mohammed Galadima and two others.

A leader of r-APC Coalition Network, Emmanuel Sawyerr, who is close to the Galadima family, is reported as saying that the Sports Utility Vehicle (SUV) which Galadima was travelling in somersaulted several times.

Also, a local journalist who confirmed the incident to an online news platform, said, “The accident occurred this afternoon while Galadima was on his way to Kano state.

“But they all survived the accident and they have been rushed to the hospital with another vehicle.”

Mother of 3 stabbed to death by lover over condom

Many killed as suicide bomber attacks worshippers in Konduga