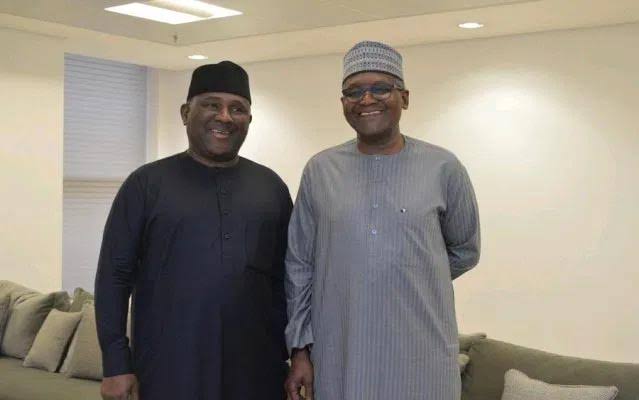 Amid inflation and naira devaluation, the last six years have had different impact on two Nigerian billionaires, Aliko Dangote and Rabiu Abdulsamad, both of whom mostly compete in the same industry.

Dangote is the founder of Dangote Industries, while Abdulsamad is the owner of BUA Group, two companies whose rivalry cut across cement, salt, and sugar business.

Now, the Kano billionaires are extending their contention to the oil industry.where Dangote is building a 300,000 barrel per day refinery, and BUA is constructing a 200,000 bpd refiner.

On Friday, Dangote and Abdulsamad made a whooping $122 million from their business at the end of trading, but the BUA founder accounted for the largest chunk of $121 million, while Africa’s richest man settled with $1 million.

The gains of Abdulsamad didn’t start yesterday, as Ripples Nigeria traced it down to the last seven years, noting Dangote had lost where his rival had gained.

However, the story was different for Dangote, whose net worth dropped by $1.1 billion in the last seven years, as calculated by Ripples Nigeria.

NCDC confirms over 3,000 deaths from cholera in 31 states, FCT