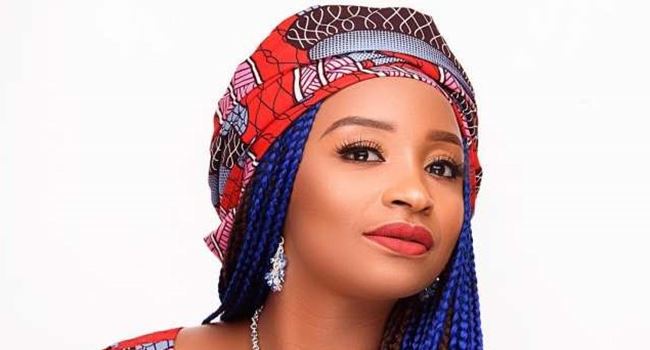 Embattled Kannywood actress, Rahama Sadau has denied reports that she had been charged with blasphemy and will appear before a Sharia court for sharing what was considered raunchy and racy photos on social media, an act seen as being against the tenets of Islam.

The thespian in a series of tweets on her official Twitter account on Tuesday denied the blasphemy charge claiming that she was yet to be summoned by the Sharia court in Kaduna for posting sensitive photos on social media.

Rahama also refuted reports of her being arrested and prosecuted for blasphemy over her dress sense stating that she has not been arrested by the police or invited by any court of law.

She wrote: “I have received many messages that I have been arrested and sentenced to jail earlier today.

“I have no idea where the news emanated from. I’m therefore calling on people to stop spreading FAKE and unfounded stories.

“I haven’t received any police invitation or court trial,” she added.

Reports say the ‘Nisan Kwana’ actress, who was suspended by northern filmmakers under the aegis of Motion Picture Practitioners Association of Nigeria (MOPPAN), for recently posting the raunchy photos on social media, has been under police investigation for a while now, with the police claiming that sharing the photos had triggered blasphemous comments.

A statement signed by one Lawal Muhammad Gusau on behalf of the ‘Concerned and Peace-Loving Muslim Ummah, listed some conditions the actress must meet before she can defend herself in the court.

According to the group, one of the condition is that the defendant’s lawyers must be Muslims by faith, as only a Muslim lawyer would understand the proceedings of a Sharia Court.

Related Topics:BlasphemyRahama Sadau
Up Next