RAHAMA SADAU: How I was almost forced into marriage at the age of 13 (Video) 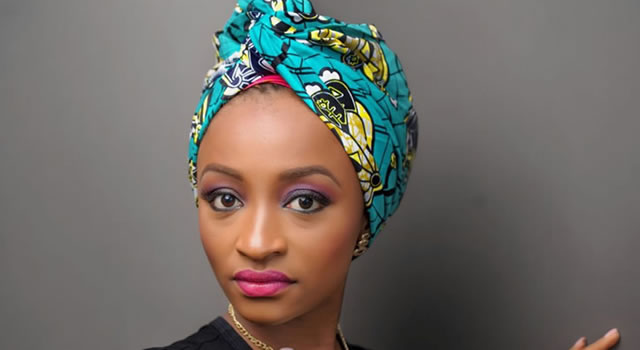 Sultry Kannywood actress Rahama Sadua has opened up on how she was almost married at the age of 13- in a move which could have all but ended her dream to become an actress.

In a video interview with Broadway TV, the talented actress discussed her life as an actor, the trend of child marriages in the north, and how her mother saved her from force full marriage.

She said; “Regarding the lack of girl child education and early marriages; we have such issues to deal with in the north as myself and my other colleagues in that region are doing everything to create awareness about the disturbing trend which is also considered a sensitive issue because religion also comes into play.

“I have been at the forefront of the campaign against child marriage because I was almost forced into marriage at the age of 13 but I am great full to my mum who stood her grounds as she wanted me to go to school and follow my dreams before getting married,” Rahama added.

Recall that Rahama, one of the leading actresses in Hausa film industry became even more popular when she was expelled by the regulators of the Kannywood film industry, the Motion Practitioners Association of Nigeria (MOPPAN) in 2017 for featuring in a romantic music video.

However, the ban on the actress who in the month of March, 2018, was honoured by the Women Illuminated Film Festival paralleled to the United Nation’s 62nd Annual Commission on the Status of Women (CSW), in New York, was lifted by Kano State Governor Abdullahi Ganduje.

7 secrets of a long lasting relationship